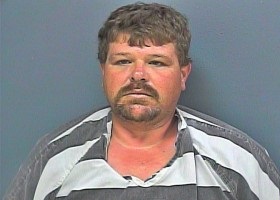 A Tracy City man has been charged with burglarizing a Shelbyville pharmacy in 2012.

"We caught a large break in September when a pharmacy was burglarized in Sevierville," Crews said. "A black Range Rover was seen on video."

"The Range Rover was spotted the next day by a Sevierville officer. He discovered it had a stolen tag and started a pursuit."

The pursuit ended in a crash and Nunley's arrest.

Crews said he saw the police mug shot of Nunley and recognized him from video of the McGee's burglary.

A regional law enforcement website, in which messages detailing incidents including robberies such as these, helped investigators pin down the details, Crews said.

"He is suspected in a number of pharmacy burglaries throughout the Southeast," Crews said.

A large number of pills were stolen in the 2012 incident.