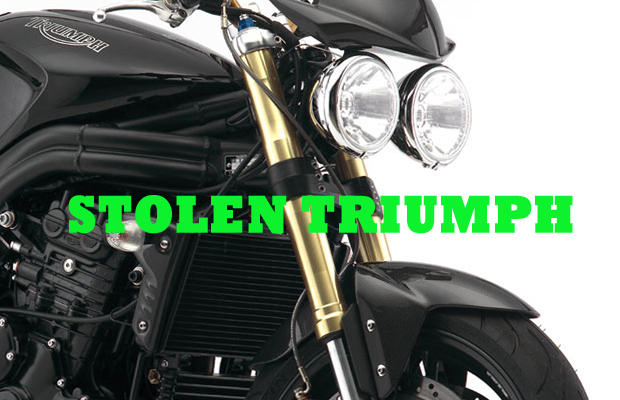 A resident of an apartment complex on Veterans Parkway near Barfield School reported to Murfreesboro Police that someone stole his motorcycle.

The motorcycle was a 2005 Triumph Speed Triple, which was worth about $5,000. The bike was stolen when the owner headed out of town. He noticed it missing when he returned on Monday, the 24th of July. Evidently, the Triumph had a neon green roll cage around the engine, making it stand out more than others. Plus, it was a Triumph, which you don't see as often on local roadways.

So far, the motorcycle has not been located.