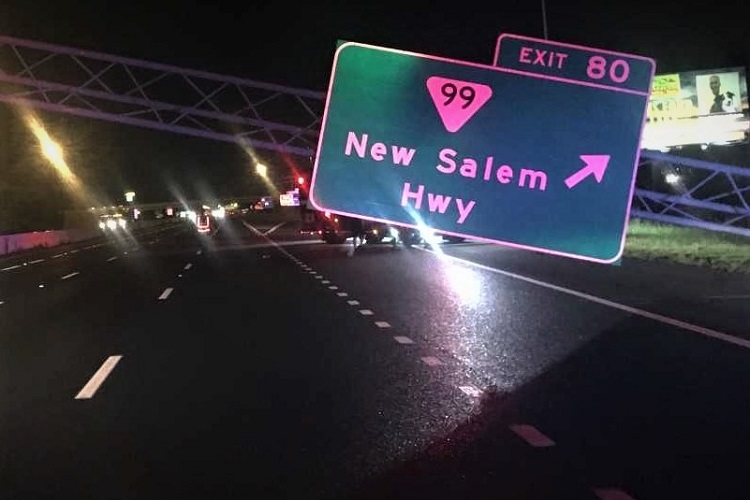 (MURFREESBORO) On Thursday (8/8/2019) evening a big rig hit the "New Salem Highway, Exit 80" sign that is supported across all eastbound lanes of I-24. The steel structure dropped to the ground in the land along the right lane and stopped traffic flow toward Chattanooga.

For those traveling east and prior to reaching the Old Fort Parkway (exit 78), they were able to get off I-24 and take highway 41 to Joe B. Jackson Parkway and then return to the interstate.

For those who were past exit 78 when the tractor trailer rig hit the sign, they waited for hours.

In fact, the long wait caused many vehicles to run out of gas and they were abandoned on the side of the roadway. Some reports show drivers parked for two, three or more hours.

The traffic was stopped so long that some motorists were selling candy and other edible items to fellow drivers. One driver noted that $2 for chocolate candy was not a bad deal in this situation.

Motorists caught in the gridlock conditions were slowly turned around by officers, and then guided in the wrong direction down the eastbound lane to the Old Fort Parkway entrance ramp.