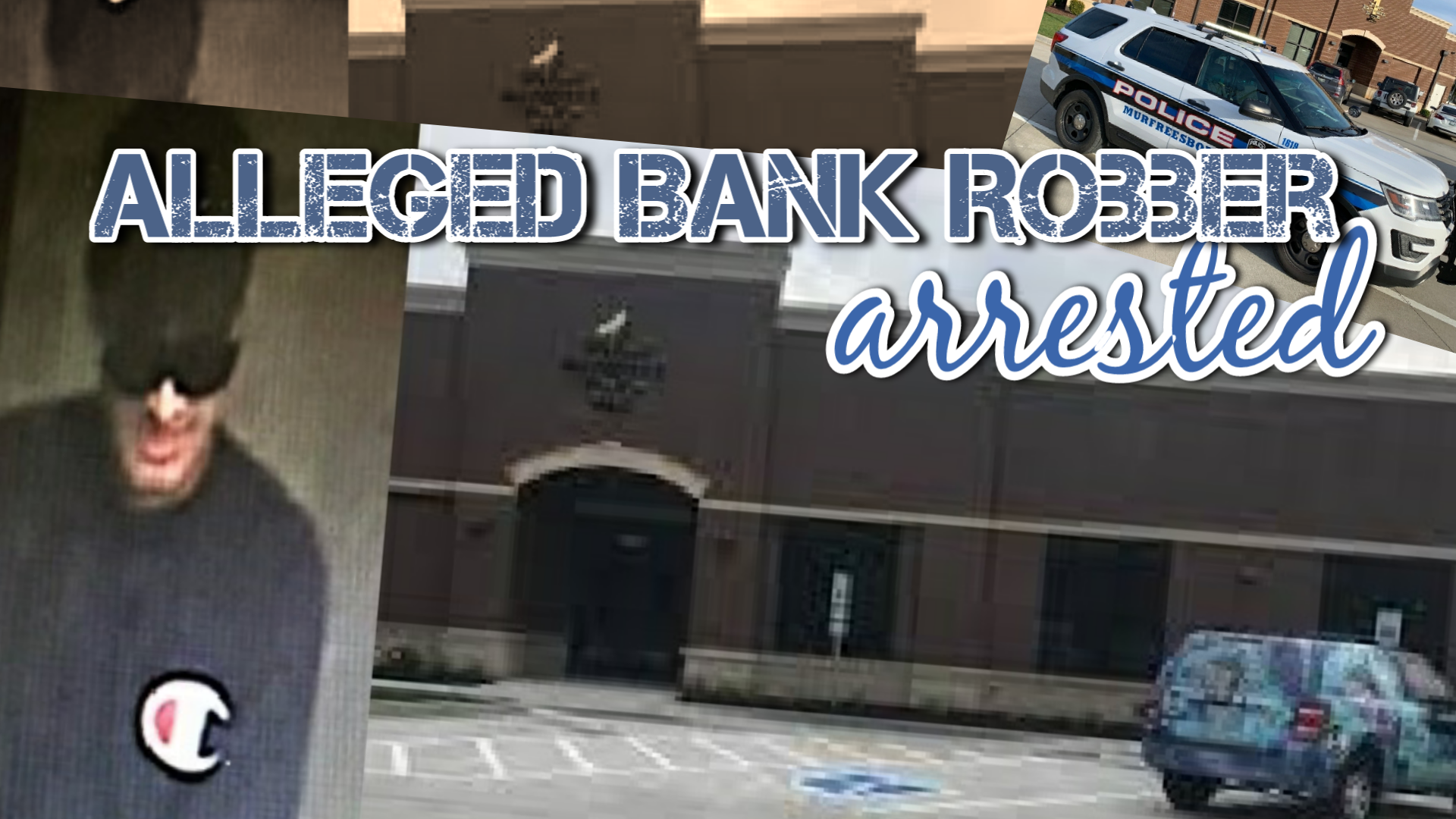 Surveillance photo of the bank robber

(MURFREESBORO) First National Bank of Middle Tennessee at 3427 Memorial Boulevard was robbed around 3:05PM Wednesday afternoon. Within an hour, Murfreesboro Police spotted and arrested the in a tree line near First Methodist Church and the Tennessee Miller Coliseum.

Details about the arrest are still sketchy, but we do know that as a safety precaution, schools in the area of the bank, Publix Grocery and the Tennessee Miller Coliseum were placed on a "lockdown" by both Murfreesboro City Schools and Rutherford County Schools for a short period of time.

NewsRadio WGNS is gathering more information about the bank robbery, and will release it soon.