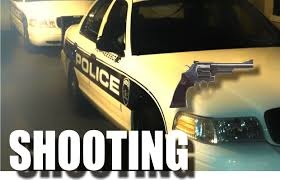 (MURFREESBORO) Murfreesboro police officers responded to a shots fired call in the 1100 block of Sawyer Drive around 8:20 Tuesday morning.

Upon arrival, Officers found an adult male with a gunshot wound to his arm. According to a witness, the shooter reportedly left on foot.

Within minutes, he was located and taken into custody without incident in the 1500 block of Jones Boulevard.

The victim, 29-year old Raymond Diaz was treated on scene by Rutherford County Emergency Medical Services and Murfreesboro Fire Rescue Department personnel and then transported to the ER at Vanderbilt University Hospital.

The suspect, 25-year old Jose Francisco Giron Amaya, has been charged with attempted homicide and has been booked at the Rutherford County Adult Detention Center. Amaya's bond was set at a half-million dollars.