Two were injured in alleged marijuana deal in Rutherford County 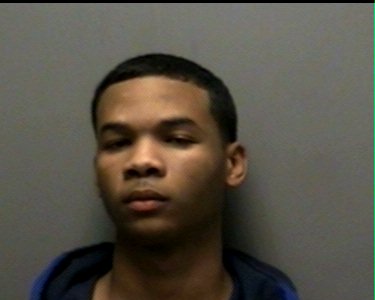 One man suffered head injuries and a second man sustained a gunshot wound during a robbery over marijuana Thursday night on West Jefferson Pike, a Rutherford County Sheriff's detective said.

Suspect Taj Cain suffered a gunshot wound to his leg during the robbery, the detective said. He was treated at St. Thomas Rutherford before being admitted to Vanderbilt University Medical Center. Charges are pending against Cain.

Sgt. Barry Poole reported he and Cpl. Nigel Kapadia responded to the hospital where Kennedy reported he was assaulted. Kennedy passed suspect Terris Gordon in the hallway and identified Gordon as one of the suspects who assaulted him.

After a lengthy investigation, Humphress reported Cain and Gordon arranged a deal to purchase one-fourth pound of marijuana for $975 from Kennedy at a home on West Jefferson Pike. The three met at the home Thursday night.

"Cain and Gordon then held Kennedy at gunpoint on the front porch of the residence and demanded the marijuana," Humphress reported. "Kennedy began to struggle with Cain for the weapon. During the struggle, the weapon discharged, striking Cain in the leg.

"At some point during the struggle, Gordon struck Kennedy in the back of the head causing Kennedy to lose consciousness," Humphress reported. "As other occupants of the residence attempted to come to the aid of Kennedy, Gordon discharged a second weapon in an attempt to scare the occupants back into the house."

Detective Sgt. Dan Goodwin said the occupants could have been injured.

"He (Kennedy) and the occupants of the house were lucky they were not hurt when the round was discharged into the house," Sgt. Goodwin said.

Humphress charged Gordon with aggravated robbery and aggravated assault. Gordon, 19, of Wenlon Drive, was released on $13,000 bond. A hearing is set Jan. 21 in General Sessions Court.