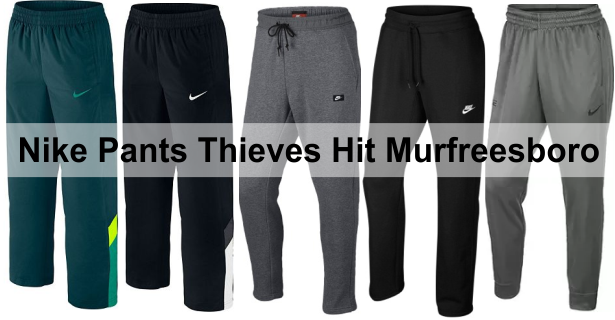 A large theft was reported at the Champs athletic store in the Avenue shopping center.

Apparently, two women entered the store empty-handed and when an employee noticed one of the women all of a sudden had a large bag filled with loot, he went to question her. At that point, the two women headed for the exit. They fled to a nearby Nissan Maxima that they left the scene in.

Employees in the store then confirmed that a large number of Nike pants were missing from a rack. It is believed the duo stole about $1,500 in exercise type pants.

So far, they have not been caught.