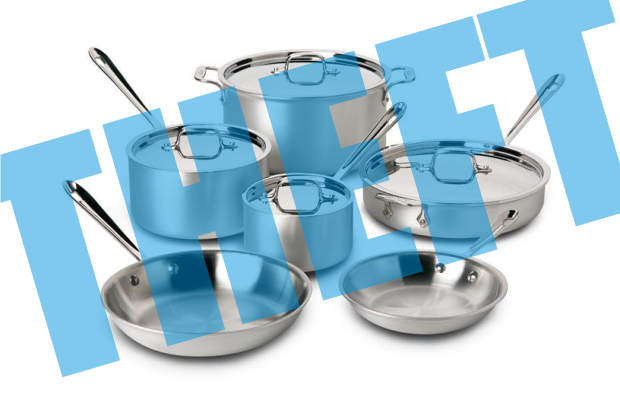 Theft by distraction... Two women entered the Bed Bath and Beyond Store on Medical Center Parkway and evidently used the technique of distraction to steal about $500 worth of cookware.

According to a police report filed with Murfreesboro law enforcement, one woman went to return pillows to the store while the other walked out carrying a heavy load of cookware. In fact, it was a $499 ten piece set of cookware.

So far, they have not been identified.