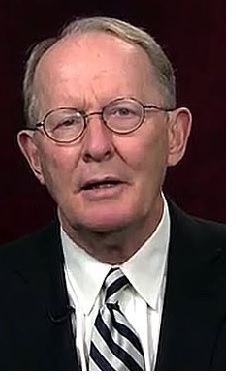 The federal government shut-down at midnight, and negotiations resume at noon Saturday (1/20/2018). Tennessee Senator Lamar Alexander (R) said, "Tennesseans elected me to make the government work for taxpayers, not to shut it down."

Alexander noted, "We are close to agreement on legislation to increase military spending, extend the children's health insurance program, lower insurance rates for self-employed people, provide disaster relief and begin to deal with immigration issues. Democrats are voting to shut down the government; I'm voting to keep it open and solve problems. There is no excuse whatsoever for shutting down the government."

CBS News reports that a Senate attempt to move forward with a short-term spending bill vote failed Friday night, sending the government into a shutdown on the one-year anniversary of President Trump's inauguration.

Republican senators failed to capture the 60 votes they needed to even vote on the bill that would have funded the government for 30 days. Five Democrats voted with the Republicans to push a spending bill vote, and four Republicans voted with Democrats. The House passed the 30-day spending bill Thursday night. Debate over what to do next continues Saturday, with Sen. Majority Leader Mitch McConnell, R-Kentucky, saying he would be open to a three-week continuing resolution (CR), instead of a four-week one.

The Senate adjourned early Saturday and will reconvene at noon (1/20/2018). McConnell told senators they should expect votes on Saturday.