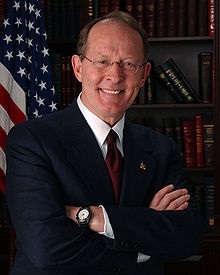 "America's higher education system is the best in the world because our colleges and universities have autonomy and compete for federal money that follows students to the schools of their choice. Why don't we borrow this idea from our colleges and universities and allow parents to decide what elementary or high schools are best for their children?"

As senator, Alexander introduced the Scholarships for Kids Act in 2014, which would allow states to create $2,100 scholarships from existing federal education dollars to follow 11 million low-income children to any public or private school of their parents' choice. He is also an original cosponsor of the Choice Act, legislation proposed by Sen. Tim Scott (R-S.C) to allow 11 billion other dollars the federal government now spends through the program for children with disabilities to follow those 6 million children to the schools their parents believe provide the best services.

The full text of the resolution naming the week of Jan. 25 through Jan. 31, 2015 as "National School Choice Week," offered by Scott and cosponsored by Alexander, can be found here.