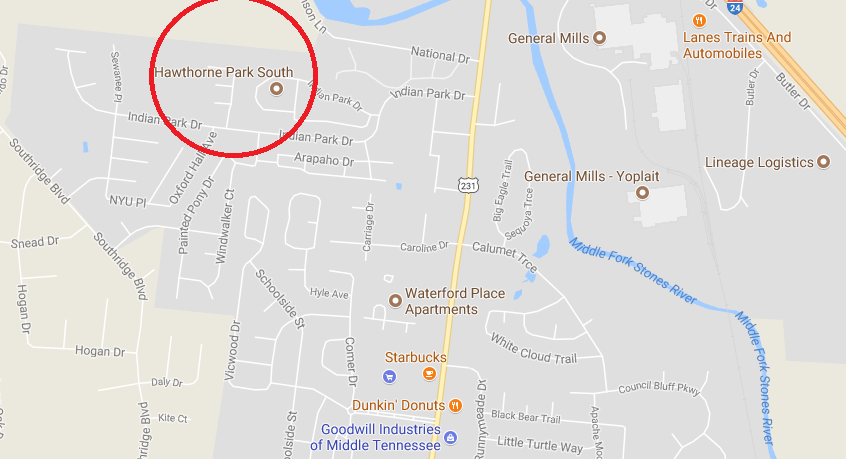 Police responded to a bizarre call on Wednesday morning around 7:45 in the area of Indian Park Drive and Hawthorne Park South apartments. The call was in regards to a man who was unconscious and indecently exposing himself.

Once on the scene officers discovered a 27-year-old man who was passed out next to building number 30. The subject had a bite mark on his arm and another on his buttocks. He also had scratches on his body.

An ambulance transported the man to Saint Thomas Rutherford Hospital where he eventually came to. There, it was confirmed that the man was a homeless individual from Nashville. The man did not complain of any assault, so the bite marks were never explained.

The incident was documented in case more information is discovered in regards to the man being found unconscious with bite marks and scratches on his body.