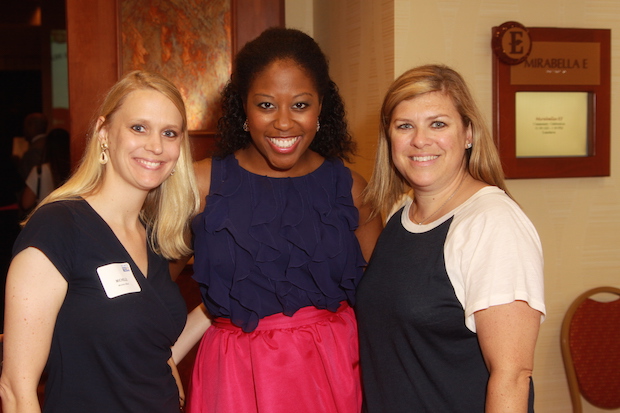 The United Way of Rutherford and Cannon Counties recently hosted its Community Celebration, an annual meeting recognizing the organization's impact and accomplishments over the most previous fiscal year. With a record-breaking fundraising year from July 1, 2014 - June 30, 2015, the United Way announced its plans to invest in over 60 local services impacting the areas of education, health and financial stability.

The United Way also announced that $621,000 was saved by Rutherford and Cannon county residents through United Way's partnership with the FamilyWize prescription discount program, $1,011,648 was returned into Rutherford and Cannon counties through the Volunteer Income Tax Assistance program, and $3,487,515 were secured through corporate investments, individual investments, grants and special events from July 1, 2014 - June 30, 2015.

Phil Holt, 2014-15 United Way Board Chair, said, "The name United Way Celebration is very appropriate. This event celebrates the positive impact being made in our community."

Dr. Jill Austin with Middle Tennessee State University was recognized as Volunteer of the Year for the United Way of Rutherford and Cannon Counties. Additional recognition included Fifth Third Bank as recipient of the Community Impact Award. The Community Impact Award is evaluated on partnerships that advance the mission of United Way. Johnson Controls, Inc. received the Innovation Award for their creative engagement with United Way, and Standard Register received the Engagement Award for their outstanding participation in United Way volunteer events.

The 2015-2016 incoming members for the United Way Board of Directors were also announced. The roster includes:

For a full listing of United Way's Board of Directors, please visit www.yourlocaluw.org/board-directors.