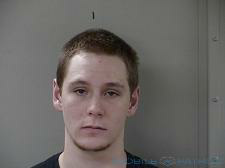 UPDATE: A 20-year old Murfreesboro man who was accused of raping a child will file a plea in a Rutherford County Circuit Courtroom on July 26, 2016.

Baylor Eslick, a 2014 graduate of Blackman High School, was arraigned in court this week on not only the rape of a child charge, but also one count of attempted child rape, solicitation of a minor and three counts of aggravated sexual battery of a child under the age of 13.

Eslick will appear before the honorable Judge Royce Taylor in Rutherford County.

The suspect remains behind bars at the Rutherford County Adult Detention Center.