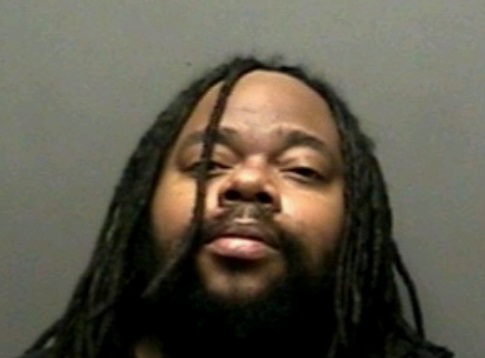 UPDATE: A pursuit that started with a drug related traffic stop by a Rutherford County Sheriff’s Deputy ended in the city of Murfreesboro on Christy Court. Soon after the pursuit was called off, authorities got their man...

Prior to the end of the pursuit, the suspect headed down Medical Center Parkway at a blistering 80-miles per hour. The man then headed across Broad Street and continued down Medical Center which turned into Lokey Avenue. Lokey dead-ended on Christy Court, which is where the driver of the car got out and ran. Authorities later called in a K-9 unit, but eventually called the search for the suspect off. Soon after that search ended, authorities found the suspect.

Rutherford County Sheriff Robert Arnold confirmed on Wednesday morning that 36-year old Marcus Malone has been charged with "Driving on a Revoked License" and "Felony Evading Arrest in a Motor Vehicle." He was booked into the local jail at 9:55, Tuesday night and released Wednesday morning after posting an $18,000 bond. The Sheriff suggested is was not hard to locate their suspect as they simply ran the tags of the car that was recovered after the pursuit. The tag information gave deputies the address of the home of the culprit.

On a side note, the car that was used by the suspect in the pursuit was a Dodge Magnum.