UPDATE: Crime Down in Murfreesboro by 2% Explained 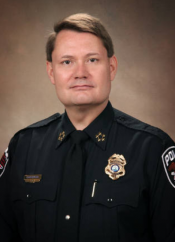 From the Murfreesboro Police Department:

Murfreesboro Police officials released that overall reports of Part I crimes to police in 2013 decreased by 2% from 2012. Crime trend data indicates there were decreases in six (6) areas of reportable crime and increases in two (2)." -

Again, crime overall has gone down in both 2012 and 2013 in the City of Murfreesboro.

Chief of Police Glenn Chrisman stated: “Every day over 300 police officers, dispatchers, and support staff strive to create safe and livable neighborhoods throughout our city. Our staff is always vigilant to detect and deter criminal activity, as well as actively engage with members of the community as part of our community policing strategy. The men and women that serve within the Murfreesboro Police Department are proud to see the results of their hard work and dedication, represented in reductions in crime, especially violent crime. Every resident who has taken a step to make our city safer should also be proud that our partnership is working, as demonstrated by two consecutive years of crime reduction. Together, we will not stop with the successes seen in 2013 and will continue to work with residents and businesses to always improve the quality of life for our citizens and visitors.”

There were four (4) homicides reported in 2012 and three (3) reported in 2013, a decrease of 25%. The first case was the domestic killing of Carla Pearman by her husband Jacob Pearmen. The second case, also familial, occurred when Kenny Hughes shot Tangeneika Wardlow after her husband committed suicide the previous day. The third homicide occurred when a homeless individual, Robert Burke, was assaulted by an acquaintance, Benjamin Lyle, near a temporary homeless camp. Arrests have been made in all three (3) of the reported homicides and are currently awaiting trial.
Larceny, also referred to as theft, is committed when a person, with the intent to deprive the owner of property, knowingly obtains or exercises control over the property without the owner’s effective consent. Examples include thefts of bicycles, motor vehicle parts and accessories, shoplifting, or the stealing of any property that is not taken by force or by fraud. According to FBI statistics, there were an estimated 8.9 million property crimes reported to law enforcement in 2012 with larceny being the most reported crime. Murfreesboro statistics show similar trends in that nearly three quarters of the reported property crimes were larceny. Tips to avoid becoming the victim of a theft include: Never leave personal belongings unattended or unsecured, including bicycles, wallets, purses, electronic items, and textbooks; Take advantage of “Report It”, a free and secure online personal inventory system; and report suspicious activity timely.

Nine (9) fatal vehicle crashes were reported in 2012 and remained unchanged in 2013. Of the nine (9) fatalities on Murfreesboro roadways reported in 2013, six (6) involved a failure to yield the right of way, two (2) involved single vehicles that left the roadway due to speed or some impairment and one involved a pedestrian. While blood tests are still pending, at least one (1) of the fatal crashes was alcohol-related. The Fatal Accident Crash Team (FACT) investigates fatal crashes and is comprised of a team of accident reconstruction experts.

An Aggressive Driving Unit was created in 2013 to add to the efforts at reducing traffic crashes on City streets. The unit utilizes street appearance police vehicles to observe dangerous driving, noise violations, seat belt usage, and other driving infractions. Working in conjunction with the Motorcycle Unit and marked traffic vehicles, Murfreesboro has already seen successes at reducing crashes in areas where motor vehicle crashes are frequently reported. The Department also partners with the Governor’s Highway Safety Office (GHSO) on public information campaigns and on enforcement efforts. The MPD was awarded the GHSO “Seat Belt Enforcement Award” for its efforts in the 2013 “Click-it or Ticket” campaign.

Chief Chrisman continued: “Working with our traffic partners, especially with the GHSO, we will continue to strengthen our comprehensive strategy of using both traditional and newer, innovative enforcement efforts to enforce traffic laws with the ultimate goal of reducing traffic crashes in Murfreesboro. Motorists are encouraged to drive the posted speed limit, buckle up for safety, obey traffic signs and signals and avoid distracted driving habits. Most importantly, don’t drive under the influence of alcohol or drugs.”

Officers responded to 101,940 calls for service in 2013, which equates to about 280 calls for service per day. Officers and detectives were responsible for over 11,965 criminal charges, a 4% increase over 2012. Uniformed officers issued 15,442 citations and 22,307 warning citations in traffic-related cases and 23,309 parking citations. The Murfreesboro Police Alcohol Countermeasures Team (MPACT) and other uniformed officers initiated 778 Driving Under the Influence (DUI) related arrests. Police Officers issued 23,127 civil citations using the Automated Red-Light Enforcement System in 2013, bringing the total number of citations to almost 100,000 since the 2008 implementation of the program.

Chief Chrisman concluded: “The dedication of the employees of the Murfreesboro Police Department to provide service and safe neighborhoods for residents and visitors to live and work is steadfast. Our officers will continue to strive for service excellence, seek justice for crime victims, and to hold criminals responsible for their actions.”
See Page 3 for a month-by-month breakdown on crime numbers.

A category-by-category breakdown in the crime statistics: