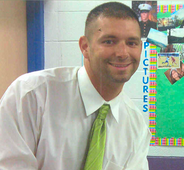 WGNS spoke to the Rutherford County Sheriff's Offices on Thursday to find out if any charges have been filed against a Siegel Middle School teacher accused of an inappropriate relationship with a 16-year old student from another school. WGNS asked Sheriff's Office Spokesperson Lisa Marchesoni if the case involving Brandon LaDuc is still open and she stated, "Still an open, ongoing investigation."

Again, no charges have been filed at this point against LaDuc.