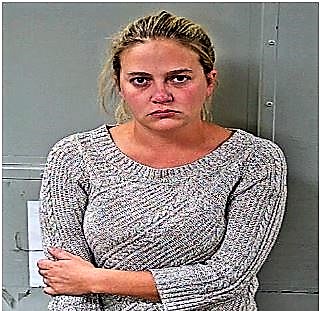 (MURFREESBORO) Here is an update on the arrest of Kelsey Ketron. A Rutherford County Grand Jury has returned three indictments against Universal International Insurance employee Kelsey Ketron who faces more than 70 separate charges.

At approximately 7:00 o'clock Monday evening (11/4/2019), Murfreesboro Police Detective Chris Pitts served the indictments on Ketron at her Murfreesboro home. She was taken into custody and booked into the Rutherford County Adult Detention Center.

As of Tuesday morning, Ketron was still being held on a $100,000 bond at the Rutherford County Adult Detention Center.