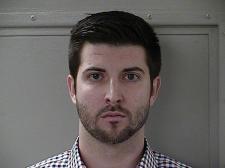 UPDATED DATES: The Oakland High School teacher who was suspended without pay after a criminal investigation landed three charges of "Statutory Rape by an Authority Figure" against him is due in court on Wednesday, September 13, 2017.

The suspect appeared for a preliminary hearing this past August and now the case is moving forward in a criminal courtroom.

In addition to teaching Social Studies at Oakland High School in Murfreesboro, Soffiantino was also a P.E. Coach and an assistant boys basketball coach.

Prior to being hired at Oakland High School, the man spent time at Lebanon High School where he was a varsity assistant and head freshman basketball coach for two years.

Tyler Soffiantino is currently free on bond and is being represented by local attorney Guy Dotson, Jr. Again, he will appear in court on Wednesday, September 13, 2017.

What is Statutory Rape by an Authority Figure in TN?