UPDATE: Man Accused of Killing Murfreesboro Woman While Running From Police in 2016 Headed to Trial 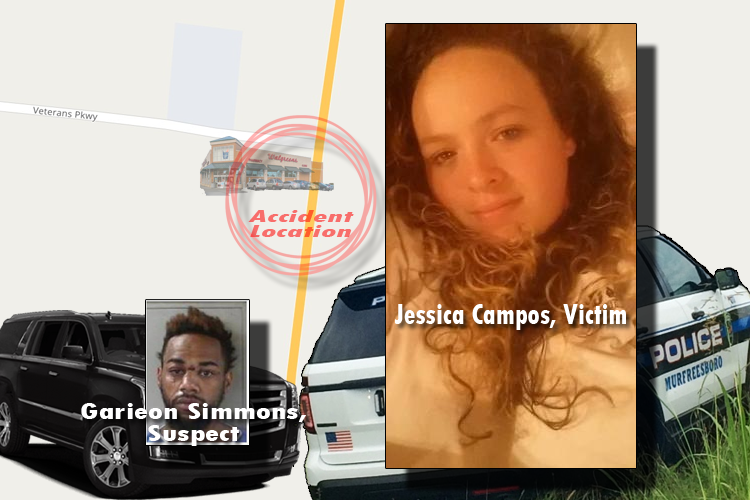 UPDATE: Garieon Simmons, accused of stealing a Cadillac Escalade from a funeral home in Manchester, TN and then fleeing from police in Murfreesboro, will head to trial September 16, 2019.

Simmons was charged with first degree murder after he allegedly ran the SUV into a woman driving a vehicle on South Church Street near Veterans Parkway. Rutherford County District Attorney Jennings Jones explains what unfolded in 2016....

30 Year old Simmons is currently behind bars at the Rutherford County Adult Detention Center. Pre trial motions will be heard on March 22, 2019.

According to Tennessee Highway Patrol Sergeant Bill Miller, 28-year old Jennifer Campos was turning toward downtown onto South Church Street when the Nissan Altima in which she was driving was slammed on the driver's side door by the large Cadillac SUV. She was pronounced deceased at the scene. Authorities said that her 7-month old infant female daughter survived the crash, because of a child restraint seat.

The suspect continued a short distance outbound on South Church when he reportedly crossed the median and hit another vehicle head-on.