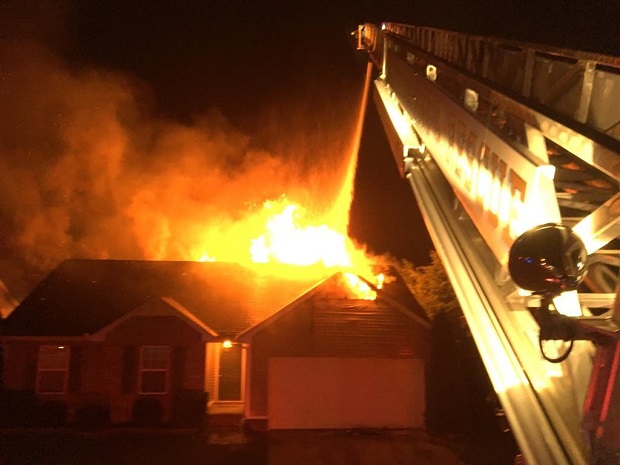 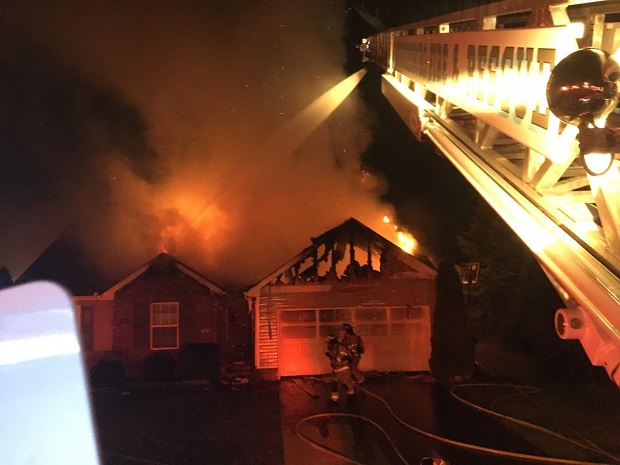 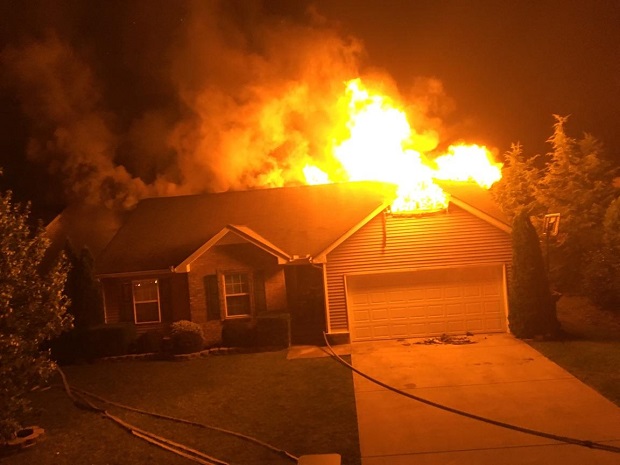 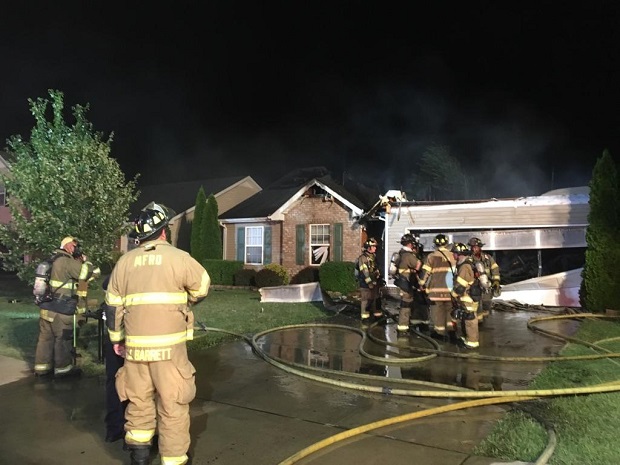 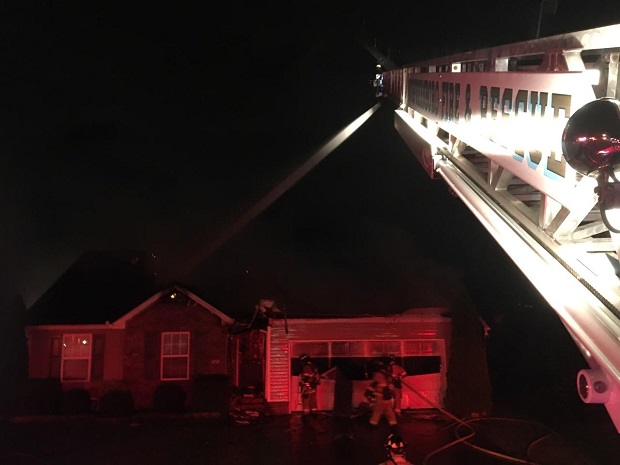 MFRD officials say a house fire at 1715 Saint Andrews Drive over the weekend was caused by electrical issues. Assistant Fire Marshal Clay Malone says the fire started in the back of the home Saturday night just after 9. He says the cause appears to be electrical and the culprit was an extension cord used to plug the pool pump into an outlet at the back of the home.

Murfreesboro Fire and Rescue Department's Ladders 1 and 9, Engine 1, and Rescues 2 and 9 responded to a house fire. Upon MFRD arrival, crews discovered that the home was fully involved, with flames coming through the roof over the garage.

"Ladder 9 was able to get a quick knockdown on the fire enabling crews to make entry," said Shift Commander Dale Maynard.

"However," Maynard continued, "despite crews' best efforts, the home is likely a total loss."

A 19 year old female resident was home at the time the fire started, but was able to get out unharmed. No injuries are associated with the fire.

The four residents that live at the home will be displaced, but are staying with family.