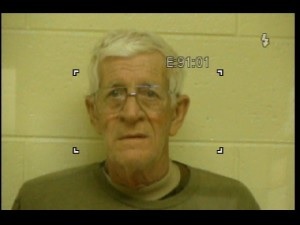 Jackie Wayne Ferrell, the 73 year-old man who has admitted to robbing the Citizen’s Tri-County Bank branch on West Lincoln Street in Tullahoma on Feb. 4, was indicted recently on federal charges for bank robbery. Tullahoma Police arrested Ferrell at his Manchester home on Feb. 7. He has been held in the Coffee County Jail on a bond of $250,000.

Earlier this week Ferrell was in court where he learned that the case will be heard by the next term of the Coffee County Grand Jury. He is facing aggravated robbery charges here in Coffee County.

Tullahoma Police Investigator Tyler Hatfield testified about the bank robbery during the proceedings. He stated that a teller at the bank provided information about the note that was handed to her by the robber demanding money. He also stated that a pistol was laid on the counter as well. According to Hatfield Ferrell left the bank with $5,350 in cash and headed to his vehicle which he had parked nearby next to the Food Lion Store. However,  Ferrell had previously stated in an interview on partner station WMSR that he parked his vehicle in the bank parking lot.