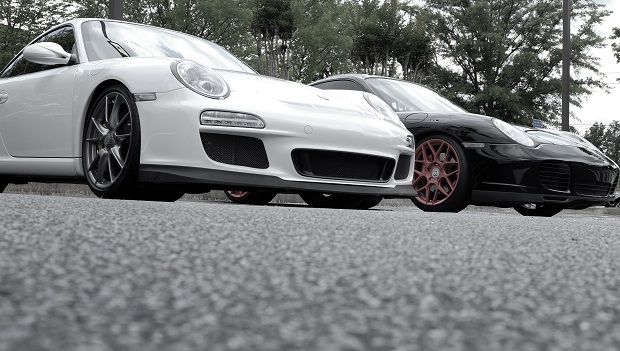 The police reports continue to funnel in for cars with missing titles or missing cars all together from Nashville Motor Cars, a dealer that recently closed in Murfreesboro (July 2, 2015).

Most recently, the owner of a Nissan Altima called the police after learning that the car she traded in was never paid off. Evidently, the victim traded the Altima towards a 2008 Cadillac Escalade. The Escalade later had problems, so Nashville Motor Cars agreed to take the 2008 model back and give her a 2007 Cadillac Escalade. As it turns out, the 2008 Escalade was never paid off when she got the 2007 model, even though paperwork showed that it was indeed going to be paid off with her new loan.

The problems continued to mount for the local victim who soon realized that she had three car payments to make because she now owed money on all three vehicles. The reason the victim owed on all three is because of the previously stated problem of the dealer not paying off the old loans as the new trades were made. In other words, the victim had the 2007 Cadillac Escalade in her possession, but still had outstanding loans for the 2008 model she traded for the 2007 model. She also had the loan for the Nissan Altima which was her original trade.

At this point, charges have not been filed against any employees at Nashville Motor Cars. The case is still under investigation.

WGNS has more news on Nashville Motor Cars in Murfreesboro... As you may recall several days ago we reported that multiple police reports were filed by individuals who had cars at the Broad Street dealer on consignment. When the cars went missing on Friday (June, 19, 2015), local residents started to call police to report fraud and theft.

Some of the reports dealt with missing vehicle titles after they bought a car while others said the car they left at the dealer to sell on consignment was nowhere to be found today.

One of the most recent reports filed on Wednesday states, "[The victim] advised that she traded in a 2011 GMC Yukon that she owed $30,500 on. She advised that the dealer was supposed to pay that amount off, but after [the dealer] gave her the check for that amount and she went to the bank to get the title for him [the dealer], he stopped the check." The victim now owes her bank money for both the Yukon and her brand new car. Furthermore, she said she has no idea as to where the Yukon is today.

The president of Nashville Motor Cars in Murfreesboro is a man by the name of Randy Roth. To date, he has not been charged with any wrongdoing, but the case is under investigation by detectives with the MPD.

Another victim reported on Wednesday that she bought a 2009 Honda Civic in the past, but has yet to receive a title for the car.

One police report that WGNS obtained showed that a man named Gill Goneke had 16-cars for sale at Nashville motor cars, all of which were there on consignment. All 16 vehicles that were valued at over $145,000 are now missing. The cars included everything from a Mercedes to a BMW. The same victim told police he bought a $64,000 Mercedes from the dealer and later had issues with it. Randy Roth, the president of the company, allegedly told him to bring the car back for service. The car was then sold twice, according to the police report. The second time around, the same Mercedes fetched $68,000. Now, the victim is still making payments on the car even though someone else has it.

A fourth police report filed on Wednesday claims the victim left her 2008 Chrysler at the dealer to sell on consignment in November of 2014. However, they never received payment and the car is gone.

A fifth woman called the authorities after trading in two cars at Nashville Motor Cars for one car. The new car the 44-year old victim has is a 2012 Lexus. The problem that has arisen, she has no title for her new Lexus. A sixth victim reported the same thing.... New car, but no title.

A seventh victim who filed a report on Wednesday said he traded in his car for a new one. The problem arose when the car he traded in was not paid off, even though he had the paperwork to show it would be paid for.

An eighth and ninth victim bought new cars and failed to get paperwork to obtain a license plate. In other words, when their temp tags expire they can no longer drive the vehicle's.

On Friday (6/26/15), even more police reports were filed in Murfreesboro. One of the additional reports shows that another victim bought a new car while trading in her old ride. The problem she later ran into, the car she traded in was never paid off. The social worker, who lives in White House, Tennessee, is now stuck with two car payments to keep her credit on par until her old vehicle is located.

Another victim claims he bought a Toyota Sienna minivan with cash, but has not title to show for it. A third report on Friday showed that another victim bought a Chevy Silverado from the dealer that later broke down. He then traded the Silverado for another truck, so he took it back to the dealer to place on consignment. Now, the victim is out both trucks and still owes $48,000 for the two. Both trucks are now missing.

Some of the other reports include a victim who traded in a Denali for a Cadillac Escalade. The victim never finalized the paperwork, but his Denali is now missing in action.

WGNS also found that another victim spent $500 on a part she ordered from Nashville Motor Cars, but the part never came in and the dealer is now closed.

One report showed that a victim bought a Nissan Altima in January, but as of June 26, 2015, he has yet to receive the title in the mail.

The police reports continue to be filed with the Murfreesboro Police Department in regards to fraud and theft at Nashville Motor Cars. As of Thursday, their website titled NashvilleMotorcarsPremier.com, it has been taken down. (http://www.nashvillemotorcarspremier.com/UnusedDomains.htm)

WGNS previously reported that the Better Business Bureau had complaint after complaint filed in their offices about Nashville Motor Cars. Now, the business is completely closed and cars are missing.

The cars at Nashville Motor Cars went missing on Friday. Customers who left their car at the dealer for consignment say they want their money back for their missing cars. According to the Murfreesboro Police Report that WGNS obtained on Tuesday, the case is being investigated at this time by detectives. The report stated that one of the employees of the dealer who is over inventory tried to contact Randy Roth who is in charge of the dealership, but he has not answered his phone. The report states, "Detective K. Henderson will be taking over the investigation."

Another police report shows that a local resident paid cash for a Jaguar in 2013 that later had problems so the dealership put the buyer in a loaner vehicle while the "Jag" was being fixed. In late 2013, the local vehicle buyer then got a Lexus instead of getting the Jaguar back. However, the victim claims that Randy Roth who is the president of the dealer, told him to bring the Lexus back due to a title problem. Roth then gave the victim another loaner vehicle. The new loaner vehicle was a Buick. Promise after promise was broken and now the victim is stuck with a Buick for the price of a Lexus. To make matters worse, the victim has no title for the Jaguar, Lexus or Buick.

Another victim called the police department to report that her Porsche was missing. Evidently, it was at Nashville Motor Cars to be sold, but it never was. Now, the car is missing and the victim has not received any cash suggesting it was purchased.

A third victim told police that he had 9 vehicles at Nashville Motor Cars on consignment. Now, all 9 automobiles are gone. The 9 missing vehicles included four Cadillacs, two Jeep's, an Oldsmobile, GMC Denali and a Chevy Silverado. The dealer did not own the cars, they belonged to the victim.

Police continued to file reports late into the evening on Saturday as another local resident who sells cars on the side, told police he had 6 cars on consignment at the Broad Street dealer... one of which was a 2004 Corvette. All missing today (6/23/2015).

Some of the other police reports filed this week in regards to Nashville Motor Cars included a woman who claims she never received her title for the Toyota Camry she recently purchased.

Again, the Murfreesboro Police are investigating the case that looks to involve multiple victims at this time.

Past Report from Better Business Bureau:

BBB suspended the Accreditation status of Nashville Motor Cars, LLC due to the company's failure to honor BBB's Accreditation Standards. Nearly half a dozen consumers have complained alleging they purchased vehicles and did not receive the title preventing them from properly registering it with the Department of Motor Vehicles. Consumers also complained the vehicles they used for trade-ins were not paid off leaving the consumer responsible for paying for a vehicle they no longer possessed.

"BBB is concerned about this company's recent marketplace performance," said Kathleen Calligan, BBB President/CEO. "We reached out to assist Nashville Motor Cars in resolving these matters in good faith; however, consumers continue to report issues that remain unresolved."

BBB recently learned that the Motor Vehicle Commission also took action against Nashville Motor Cars for similar problems and issued civil penalties totaling $3000.00 for the violations. BBB Accreditation Standards require prompt and good faith responses to consumer complaints as well as avoidance of any government action that demonstrates a significant failure of the company to support BBB ethical principles in marketplace transactions.

Most consumers planning to trade-in their vehicle for a new or used one have positive experiences trusting the auto dealer to pay off the loan for their trade-in; however, consumers should understand that even if a dealership promises to do so, there's no guarantee they will. In the event the dealer fails to pay the loan, the lender will hold the consumer responsible.

To protect yourself, BBB advises consumers to ensure the purchase agreement specifically states the payoff terms, and to contact the lien holder within 30 days to ensure the payoff has been received. If it hasn't, you will be responsible for making the payments (or suffer damage to credit reports) until the loan is paid in full. Consumers may have additional rights under the FTC's "Holder in Due Course Rule," which protects car buyers when dealers sell the buyers' credit contracts to other lenders.

If you have been the subject of a negative experience with Nashville Motor Cars, BBB would like to speak with you. Please contact BBB at 615.242.4222 or info@gobbb.org.

Start your search for reputable auto dealers With Trust by visiting BBB.org/Nashville and clicking on the BBB Accredited Business Directory.