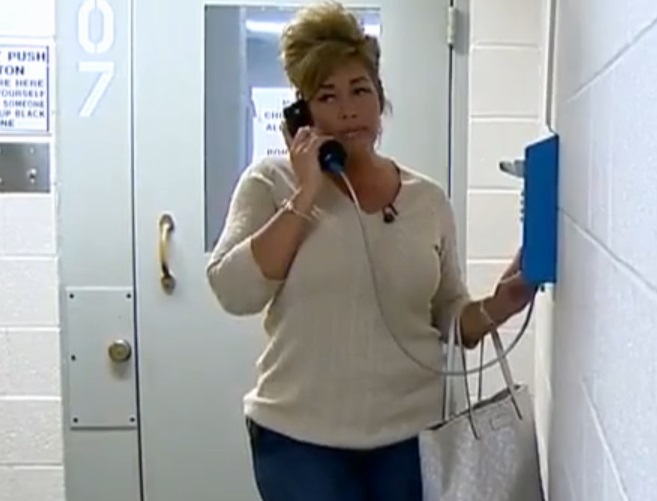 Wendy Walton, the mother of an autistic teen named Spencer, took her son out of Stewerts Creek High School due to problems she said her son was having. The mother was later charged on April 11, 2016 with truancy for removing her son.

Walton was in a Juvenile Courtroom this past week and told us the outcome...

That jury will meet in June and then decide if the charge of truancy should move forward.

Walton said that she would like to see a change in excused Vs. unexcused absences (1min and 8sec)...

Hear the entire unedited interview below (8 min and 50 sec):

What is Truancy? The action of staying away from school without good reason; absenteeism.

What is an excused vs. unexcused absence in Rutherford County?

James Evans is the Spokesperson for the Rutherford County Schools. He told WGNS:

First, our attendance policy (which is available online along with all our other policies) clearly defines what constitutes what is excused or unexcused. It is also defined in Tennessee Code Annotated. Here is the link to our policy:

As for the allegations, the school and the district have tried to resolve this issue with the parent to address her concerns and the severe attendance issues. There is information involving this student that I cannot release because it would violate the student's educational privacy rights, and so I cannot provide any other specifics about the student's academics or attendance issues.

However, parents are legally required to have their children in school or to homeschool them, which is why this has turned into a truancy problem. In Tennessee, any parent has the right to remove their children from school and can homeschool them, but they have to file the official paperwork with the school district to be classified as a homeschool student. If a parent does not do so, then we are required to continue tracking the student's attendance, which in this case, led to the truancy problem.

(Compulsory School Age is 6 Years to the 18th Birthday)

T.C.A. 49-6-3001 - School Age - (c) (1) Every parent, guardian or other person residing within this state having control or charge of any child or children between six (6) years of age and seventeen (17) years of age, both inclusive, shall cause such child or children to attend public or non-public school, and in event of failure to do so, shall be subject to the penalties hereinafter provided. (The courts have ruled that the word "inclusive" requires a child to attend school until the day before his/her eighteenth birthday.)

T.C.A. 49-6-3007 - Attendance and truancy reports. - (e) (1) It is the duty of the principal or teacher of every public, private or parochial school to report promptly to the superintendent, or to the superintendent's designated representative, the names of all children who have withdrawn from school, or who have been absent five (5) days (this means an aggregate of five (5) days during the school year and not necessarily five (5) consecutive days) without adequate excuse. Each successive accumulation of five (5) unexcused absences by a student shall also be reported.

T.C.A. 49-6-3009 - Penalty for Violations - (a) Any parent, guardian or other person who has control of a child, or children, and who violates the provisions of this part commits a Class C misdemeanor.

(b) Each day's unlawful absence constitutes a separate offense.