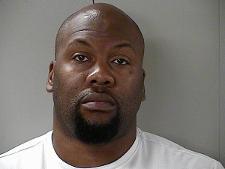 An MTSU Police Officer accused of stealing money out of a parked car is now out of jail on bond.

Reports show that Marco Burke was accused of pocketing $1100 while on duty as an MTSU officer. He was originally arrested on June 11, 2018.

Murfreesboro Police Detective D. Harrison wrote in a report, "An investigation revealed that Marco Burke took $1100 US Currency from an unoccupied vehicle while on duty and working as a MTSU Police Officer."

The theft was reported to have occurred when Burke responded to a reckless driving call. Burke allegedly admitted to taking the cash.