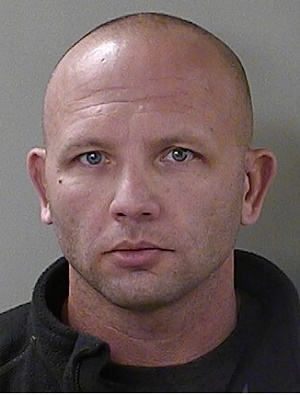 After learning of an ongoing criminal investigation by the Tennessee Bureau of Investigation into alleged sexual exploitation of a minor, the Murfreesboro Police Department decommissioned Sergeant Kevin Dunn and placed him on paid administrative leave. Late Monday, Dunn was arrested and charged with five counts of Especially Aggravated Sexual Exploitation of a Minor.

Today, Chief of Police Glenn Chrisman recommended to City Manager Robert J. Lyons that Dunn be terminated for violations of standards of conduct outlined in the City of Murfreesboro Employee Handbook and the Murfreesboro Police Department General Order Manual. Mr. Lyons has concurred with that recommendation and has since terminated Dunn's employment with the City, subject to his right to a due process hearing.

"We have a zero tolerance policy when it comes to alleged law violations by our employees," said Chief Chrisman. "Due to the seriousness of the accusations and the evidence presented by the TBI investigators, the most appropriate course of action was to terminate his employment. We must remember that the actions of one person do not represent the everyday courage and dedication of the honest, hardworking employees of the MPD."

A Murfreesboro Police Officer is being investigated by the Tennessee Bureau of Investigation. The case was confirmed by the TBI at 6:00, Monday evening.

Special Agents from the Tennessee Bureau of Investigation have arrested and charged a Sergeant of the Murfreesboro Police Department in an ongoing child pornography investigation.

During the course of a recent investigation, TBI Agents developed information which led to Kevin Wayne Dunn as an individual who had distributed images consistent with child pornography.

Monday, Agents arrested the 42-year-old Murfreesboro man and charged him with five counts of Aggravated Sexual Exploitation of a Minor. Agents subsequently booked him into the Rutherford County Jail on a $750,000 bond.

The Murfreesboro Police Department has decommissioned Sergeant Kevin Dunn and placed him on paid administrative leave until further notice. Agents with the Tennessee Bureau of Investigation notified the MPD of an ongoing criminal investigation which involves Sgt. Dunn in an off-duty capacity.

Sgt. Dunn has been employed since November, 1998.

Officers placed on decommissioned status are relieved of all police authority.