UPDATE: One of the shooting victims at an Orlando Night Club was a LaVergne HS Graduate 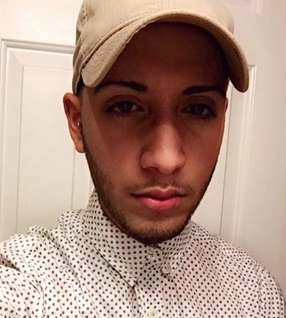 The shooting occurred at the Pulse Nightclub early Sunday morning.

La Vergne, TN Mayor Dennis Waldron stated, "We are shocked and saddened to hear of the death of Luis Omar Ocasio-Capo of La Vergne. Our hearts mourn with the families of all the victims as well as the community of Orlando. La Vergne U.S. flags are being flown at half staff until sunset on June 16th in memory of the victims."

Monica Simpson, Executive Director of SisterSong, stated, "At a time when the LGBT community should be celebrating Pride we are instead coming together to mourn. This terrible tragedy has many calling for tougher gun laws, but in the wake of discovery that the shooter was a Muslim man it has also devolved into Islamophobia. We should not allow one person's act of ignorance to sully an entire religion. We should not allow violence against the LGBT community to morph into racism, especially when many of those who were lost were gay men of color there for a Latino dance party. Hate will not help us to heal."

The nightclub where the shooting occurred was an LGBT club. The shooter was said to be part of the ISIS organization. Before the gunman was killed by police, an American-Afghan terrorist phoned 911 to pledge allegiance to ISIS.

Complete list of victims from the City of Orlando, FL:

The below list of individuals includes victims who have lost their lives during the early morning incident, and next of kin have been contacted. As we continue to reach out to the families of victims, we will continue to update this post.