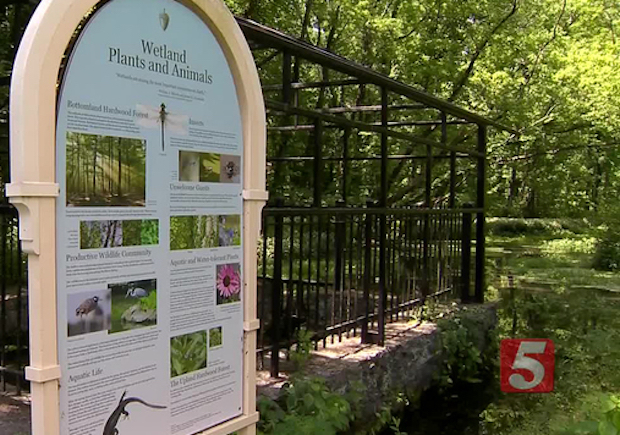 A resolution to consider rezoning nearly 12-acres along North Highland Avenue and East Clark Boulevard from general office to planned residential was deferred by the Murfreesboro City Council.

Mayor Shane McFarland, during the Thursday night city council meeting, said the contractor asked to withdraw plans for The Cove at Oaklands at this time, in order to allow for additional engineering studies concerning wetlands issues on the property.

There were several residents who live near the Oaklands Mansion and Park there for a public hearing. However, it didn't happen since the plans were deferred. The overall plan calls for the creation of 91 town homes.

Some residents who live near the Oaklands Mansion and Park are concerned about rezoning being considered by the city that would create 91 town homes.

The property in question is just under 12 acres that borders Oaklands Park. Brian Burns, developer for the proposed project, says the area's current zoning could make way for office buildings or parking lots...

Residents in the area want this to be preserved due to the lack of green space. A public hearing is set for Thursday at 7pm at the City Council Chambers.