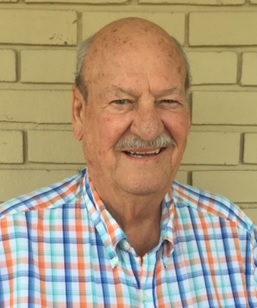 (MURFREESBORO) A local legend who humbly lived up to this community's slogan of being "The Heart of Tennessee" passed away Sunday (12/22/2019) morning at Adams Place.

Visitation is noon to 3:00PM this Saturday (12/28/2019) afternoon, with the service immediately following at Woodfin Funeral Chapel, 1488 Lascassas Pike.

Charlie just celebrated his birthday on December 16th and was the WGNS birthday winner that day.

Rutherford County Mayor Bill Ketron said, "Charlie was a quiet and gentle man. He had a warm disposition and if you first met him you immediately felt you had known him all your life. He was a good business man and build and grew several businesses here in Rutherford County. He was a builder. He had one of the first disaster and restoration companies in the County. He helped people put their lives back together. He was first on the scene with tarps after a tornado, plywood to board up after a fire and a water vac after a busted water pipe. He had a vision to see what was best for his community. He loved Rutherford County and didn't mind Working behind the scenes to support what he felt could lead the County in the right direction. He was a friend who will be truly missed by many Citizens, family and friends!"

Senior Judge Don Ash commented, "A wonderful community leader who loved his family and friends. I will always remember that wonderful smile. Murfeesboro was a better place to live because he called this place home."

Over the years, Charlie and his family have come to the aid of many who were victims of fires, storms and disasters. The Farrer's also developed much property in the area for retail as well as self-storage outlets.

Charlie and his brother Fred, who passed away in 2011, developed a system of family businesses that continues to serve the people of this community.

WGNS Bart Walker mentioned, "When a severe storm with straight-line winds destroyed the WGNS radio tower on Easter Sunday, 2001, it was the Farrer brothers, Charlie and Fred, who came to the station's rescue. They stayed by our side until a new tower was up and working."

Civic Leader and Entrepreneur Barb Ford said, "Papa Charles was a kind, wise man who treated people fairly and raised a family of kind, wise people. He could make you feel like part of that family just by his greeting. I remember trying to come up with recipes to bring to the farm just to please him--his favorites were gooey brownies and good cheesy biscuits! I know Ma Pat needs him in heaven, but he will be missed beyond measure."

Even the logo for the family business depicts Charlie and Fred working together.

Mr. Charles R. Farrer, age 82, of Murfreesboro, TN passed away Sunday, December 22, 2019 while surrounded by his family. He was born in Ashburn, GA to the late L.H. and Ruby Theola Luke Farrer.

Mr. Farrer was a 1955 graduate of Louisville Academy in Louisville, GA.

He proudly served his country in the United States Navy on the USS Forrestal aircraft carrier for three years.

He relocated to Murfreesboro to join his father and brother in a three-way partnership. They owned and operated Farrer Bros. since the early 1960's.

Mr. Farrer made many silent contributions to the Murfreesboro and Woodbury, TN communities. Among those were the house at the corner of Arnett and E. Main Street where the administrative offices for Special Kids is located. He also donated the home in Woodbury where Cannon County S.A.V.E. is based.

In addition to his parents, he was preceded in death by his wife of 51 years, Patricia Thomas Farrer, and brother, Fred Farrer.