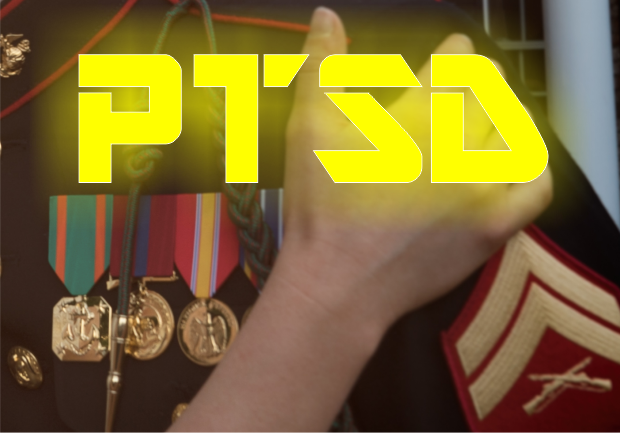 A United States Marine Corps Veteran in Murfreesboro diagnosed with PTSD allegedly called his wife at work and told her that if she did not come home, he would kill the family dog. Instead of heading home, the woman called Murfreesboro Police.

When police arrived at the apartment, they found the 27 year old husband who was described as being "Very irate and aggressive." It was then learned that he had not been on his medication for anxiety in the past three days.

Officers searched the address and confirmed that the dog was indeed dead. The husband, whose name we are not releasing due to the medical information that is being reported, was taken to the York VA Medical Center. The subject was later charged with "Aggravated Cruelty to Animals, Harassing and Threatening Calls." He was booked under a $69,000 bond and will be in court on November 7, 2016.

The Department of Veterans Affairs reports that up to 20% of Veterans who were a part of Operations Iraqi Freedom and Enduring Freedom suffer from PTSD.

For information on PTSD and what can be done to help our soldiers, please visit this link: http://www.ptsd.va.gov/public/family/partners-of-vets.asp

A Veteran's PTSD symptoms can cause problems in family relationships. If you need support you can:

For help with talking to a Veteran about getting needed care, you can contact VA's Coaching Into Care program: 1-888-823-7458.