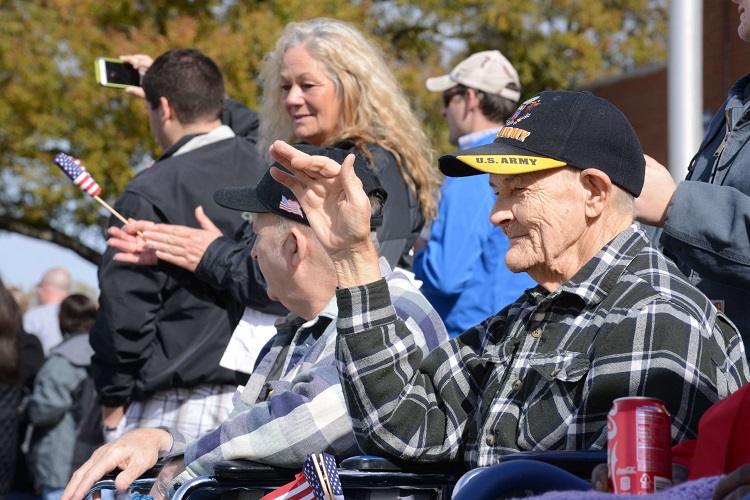 The Tennessee Valley Healthcare System (TVHS) will honor the residents of its Community Living Centers and all Veterans with a parade Saturday, November 10th at 11 a.m. at its Alvin C. York campus at 3400 Lebanon Road. A band will begin playing at 10:00AM, and WGNS' Bart Walker will serve as emcee of the two hour free event that is open to the public.

This annual event "brings the show" to more than 150 Veterans who live or are temporarily staying at the York facility.

"This is the only parade our residents will get to see, so we like to make it special," said event organizer Annette Allen, who also serves as administrative officer for the TVHS geriatrics and extended care service. "These are Veterans - some of whom served in World War II and in Vietnam - and they deserve the absolute best we can give them," she said.

Allen said TVHS needs help to do that. She said she's looking for groups, clubs and individuals who want to participate in the parade by walking, driving, or otherwise moving along the parade route along the perimeter of the campus. Allen said the parade committee is also looking for volunteers to help with event logistics, spectator safety, and various other tasks.

Be in the Veterans Day Parade:

Anyone interested in being in the parade or volunteering to work behind the scenes should contact Annette Allen at annette.allen@va.gov or at 615-225-3786.

"We're asking for the community's help so we can be sure to show these heroes the kind of Veterans Day parade they deserve," said Allen.