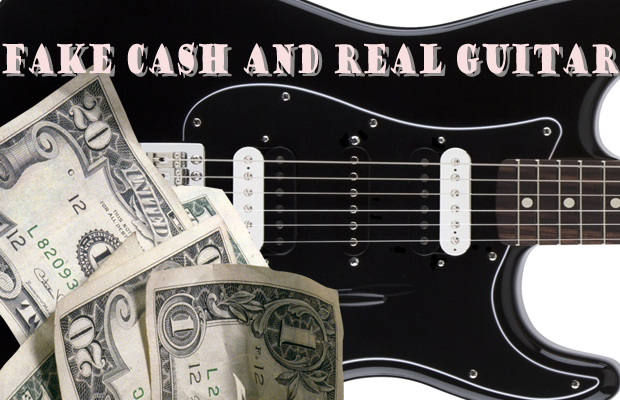 $360 in fake money was recovered by Murfreesboro Police, but now a local resident is missing their guitar.

A 24-year-old Murfreesboro man told police that he met with a subject who agreed to buy his Fender guitar for $360. The guitar was for sale on the "LetGo" app. The victim met the suspect in person after agreeing to a sale in a parking lot on Medical Center Parkway.

After the buyer handed the seller the cash, he got the guitar and quickly left the area before the victim realized the money was counterfeit.

A police report outlining the incident shows that the buyer went by the name of "Charles White." The black Dodge Charger the buyer was driving had a green MTSU tag hanging from the review mirror.

The fake twenties that added up to $360 was turned over to Murfreesboro Police as evidence. So far, the man has not been caught.