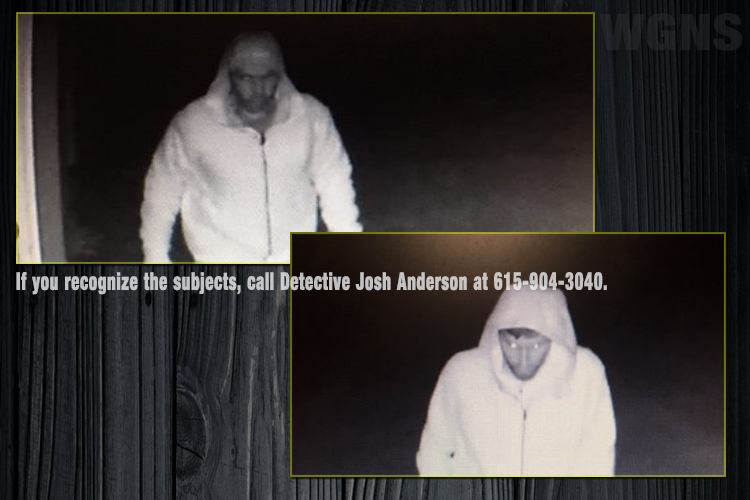 More burglaries in the news for Rutherford County. The Sheriff's Office is asking for the public's help in their search for the possible suspects.

Most recently, two men broke into the Walter Hill Storage Facility. The break in happened on Christmas Eve.

Both subjects appeared to be in their twenties or early thirties. They were captured on a surveillance video camera wearing hooded sweatshirts and bluejeans.