Warrant for your arrest scams continue in Rutherford County 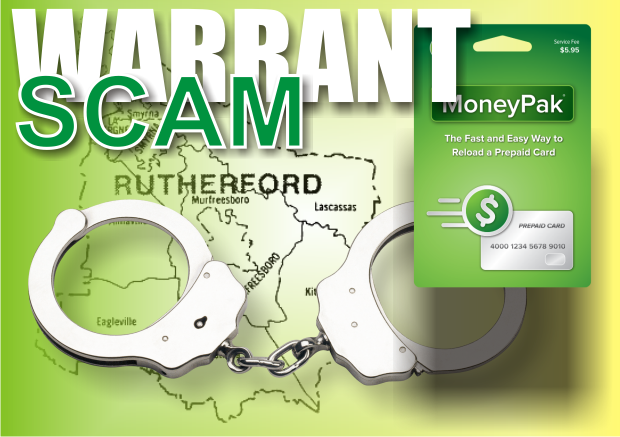 The scams involving phone calls from con-artist claiming to be with the Rutherford County Sheriff's Office continue. Most recently, a 43 year old man in Murfreesboro fell victim to the crime.

According to the victim, he received a message on his phone from someone claiming to be "Sgt. Stephens with the Rutherford County Sheriff's Department." The subject told the victim that warrants had been taken out for his arrest and the only way to clear it up was to buy $900 in GreenDot cards.

On January 4th, the victim bought the cards and called the con-artist back, telling him he could not pay the full $900. So, the two agreed upon $500. The victim then gave the subject the account number on the GreenDot card he purchased at a local Kroger store.

The victim later checked with the Sheriff's Office and found out that he had just been scammed. At this point, an arrest has not been made.

Law Enforcement Officers will not call you demanding money for a warrant.