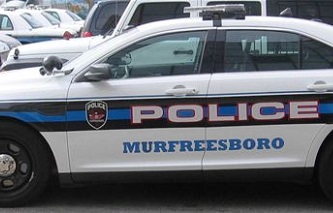 The move-in date for the new Murfreesboro Police headquarters has been delayed about a month due to water damage.The new complex is on North Highland Avenue next to the Evergreen Cemetery, the former location of Murfreesboro Medical Clinic.

During the testing of the sprinkler system, flooding of parts of the interior occurred. That damaged sheet rock, carpeting and some of the new furniture. Crews are now repairing the water damage issues.

Murfreesboro Police Chief Michael Bowen told NewsRadio WGNS that the move-in would be spread-out over a period of time.

In light of the water damage problem, some personnel might be able to move toward the end of this month while others would gradually relocate to the massive 140,000 square foot high-tech facility in the months ahead.

In regards to this being the former Murfreesboro Medical Clinic, Chief Bowen pointed out that the walls of the old medical clinic were taken down to the steel girders. From the infrastructure on out, everything is new. This allowed for the finest security and installation of the latest fiber technology to be incorporated into this new police facility.

As for the big move to the new building, some sources indicate it could start soon, but be spread throughout the middle to late half of 2018.

With the move, new jobs are being posted. MPD Chief Bowen stated...

One of the new non-certified positions that has been building at the police department involves evidence...

Job postings at the police department will be posted at MurfreesboroTN.gov when the jobs become available.

For more information concerning employment at the Murfreesboro Police Department, contact the Recruitment Section at 615-895-3874.