Will Murfreesboro Police have another Motorcycle Patrol Unit? 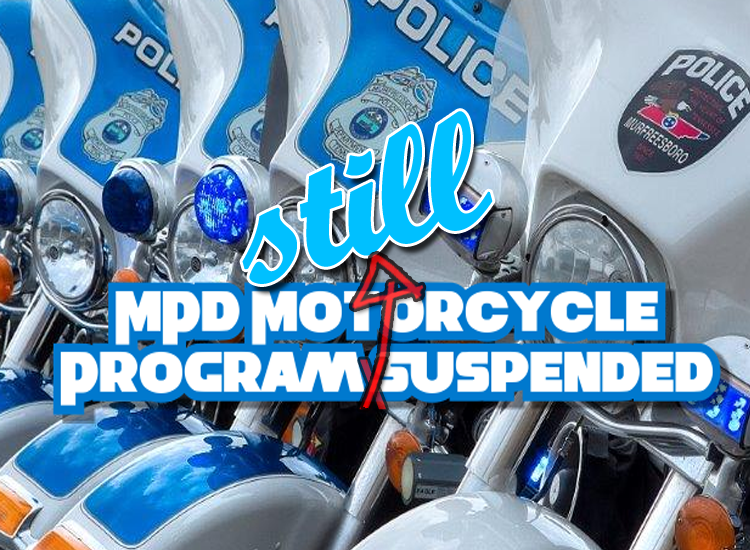 The Murfreesboro Police Department is still researching what to do with another motorcycle patrol. You may recall former Chief Karl Durr ended the program in August of 2017 after an accident occurred on Broad Street involving two Murfreesboro patrol officers.