Will Tennessee be able to electrocute inmates on death row? 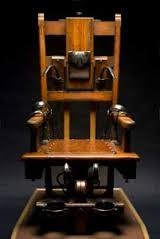 The Tennessee Supreme Court has agreed to hear a legal challenge over a law allowing the state to electrocute death row prisoners if lethal injection drugs are unavailable.

The challenge is part of a lawsuit filed by 34 death row inmates over Tennessee's death penalty protocols - both lethal injection and electrocution. The state wants the court to dismiss the challenge to electrocution protocols because none of the inmates are currently scheduled to die by electrocution.

The new electrocution law was meant to jumpstart the state's stalled execution process, but it opened the door to new legal challenges.

The hearing is scheduled for May 6 in Knoxville. The high court also is considering whether the state must release the identities of the people who carry out executions.