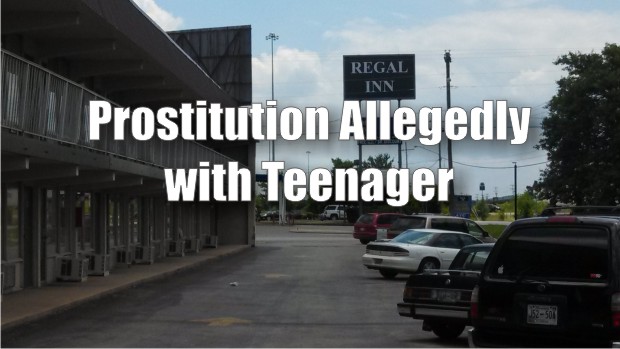 A 42 year old Murfreesboro woman has been arrested and charged with "Aggravated Statutory Rape, Prostitution and Failing to Appear in Court."

Jennifer Lynn Vogel was apprehended on Wednesday around 3:00 when she was seen exiting a motel room at the Regal Inn. Police approached her as she was walking to her vehicle that was parked at the South Church Street motel.

When an officer asked who she was visiting at the motel, she responded "friends." Evidently she hesitated to give the officer names and that was when she told police she was there for prostitution, according to a police report. The report shows that Vogel then admitted to performing sex for $20 in one case and $35 was charged to a second subject.

Police confirmed the story with the two male subjects inside the motel room. One of the two was only 17 years of age while the other was 35 years old.

The Department of Children Services were called to the scene where they took over the investigation involving the juvenile. Police then spoke to the 35 year old man who told police his name was Juan Silverio Ceballos-Camaja. The man was charged with contributing to the delinquency of a minor and soliciting prostitution.