Woman dies on Center Hill Lake this past weekend 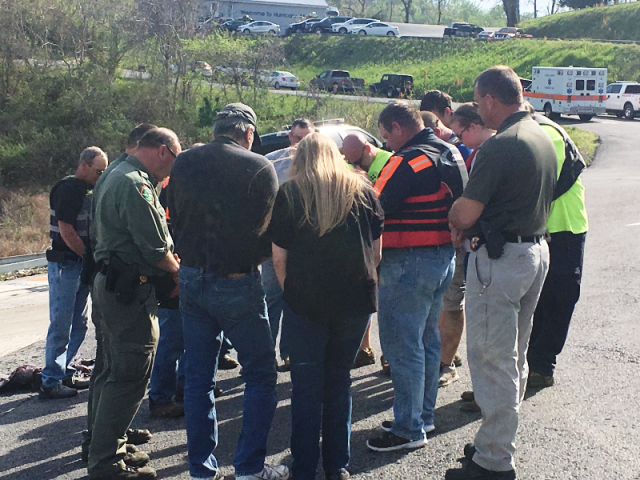 Members of TWRA, Smithville-DeKalb County Rescue Squad, and DeKalb Sheriff's Department join family of Amy McCray in prayer after her body is recovered from the lake Sunday

A 35 year old Nashville woman lost her life on Center Hill Lake over the weekend.

The body of Aimee McCray was recovered in about 65 feet of water Sunday afternoon at Hurricane Marina.

According to authorities, McCray was with some friends on a houseboat moored at the marina when she was last seen around 11:30 p.m. Saturday night. Authorities suspect McCray may have accidentally fallen off the boat and drowned but an autopsy will be conducted to determine the cause of death.

After discovering her missing Sunday morning, McCray's friends called 911. Central dispatch received the call at 9:20 a.m. of a missing person on the lake.

"We recovered the body of an adult female from Hurricane Marina. There is an investigation on-going. We do not have any indications that there was any foul play. It appears to be an accident," TWRA Sergeant Jon Ryan told partner station WJLE.