Woman falls victim to Home for Rent scam in Murfreesboro 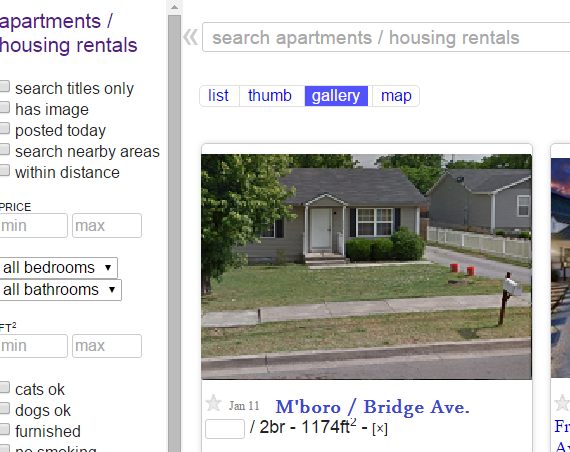 Falling victim to a home rental scam is quite common. One woman in Murfreesboro learned about the scam the hard way.

The victim told police that she found the perfect home on Craigslist and made the phone call to learn more about it. The victim was told the house is on Bridge Avenue in Murfreesboro and that she would need to come up with $1,200 to cover the deposit. The person whom she assumed was the landlord told the woman that she needed to mail him half of that up front to receive a key.

The victim mailed the money, but the key never showed up. When she called the man the next day he stated that his wife did not feel comfortable mailing the key until they had the full deposit. That's when the victim sent another wire transfer of $600. Again, no keys.

As it turns out, the vacant home was just recently sold and the closing was on December 30, 2015. To date, the victim has not gotten her money back. The case has been labeled as a fraud.