Woman jogging in downtown Murfreesboro assaulted and robbed of iPod 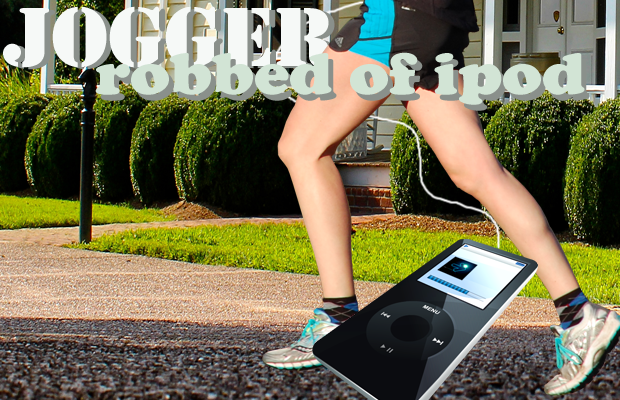 A woman who was out jogging on Wednesday evening was attacked and robbed when she ran down Reid Avenue in downtown Murfreesboro.

The victim told police that as she was headed down Reid Avenue near South Highland Avenue, a black male approached her while attempting to grab her iPod, which she was listening to. When the 36 year old victim tried to pull her iPod back and away from the man, he reportedly struck her in the face with a closed fist.

After the man struck the woman he ran away on foot with the iPod in hand. The victim ran to a nearby home where police were called.

Detectives are following up on the assault and robbery, but an arrest has not been made.

As for the victim, she did not suffer life threatening injuries in the attack.