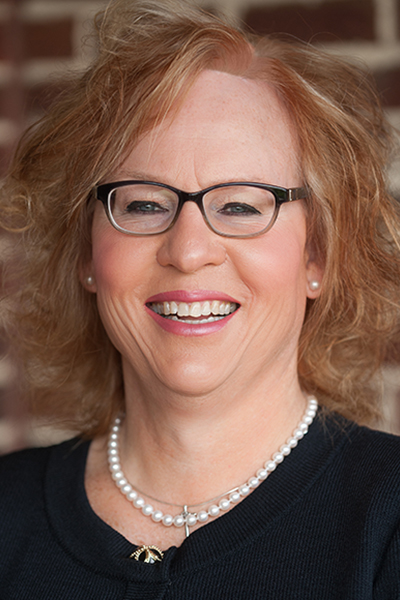 An executive with a national health care firm whose personal journey includes gender reassignment will deliver the keynote address at MTSU's 2016 LGBT+ College Conference, which is slated for April 7-9. LGBT stands for lesbian, gay, bisexual, and transgender.

Dr. Renee McLaughlin will speak under the conference theme of all identities" at 7 p.m. Saturday, April 9, in the Tennessee Room of the James Union Building. McLaughlin replaces originally scheduled keynote speaker, Martin Luther King III, who will be unable to attend.

Tickets are $50 each or $500 for a reserved table and may be purchased at http://tinyurl.com/hbbm42a.

McLaughlin is a senior medical director with CIGNA who is responsible for developing and implementing the clinical integration model for the company's delivery system alliance initiatives. Prior to assuming this role, she was the market medical executive for CIGNA's Midsouth market.

Prior to joining CIGNA, McLaughlin was a practicing general and vascular surgeon in a single-specialty practice. She also served as a major in the United States Army during the first Gulf War.

In 2013, McLaughlin, who was born male and named Robert, underwent facial feminization surgery and breast augmentation procedures. According to a July 2015 BBC story, the transition prompted high-level discussions at CIGNA about the company's nondiscrimination policies.

The MTSU-hosted conference is a combination of research presentations, strategy sessions and lectures with topics pertinent to lesbian, gay, bisexual and transgender students and their allies.

Some topics include breaking down barriers among identity groups, stemming the tide of LGBT+ youth homelessness and creating a culture of respect in the workplace.

"Historically, laws have helped move along workplace norms that may be embedded in our American business culture," said Snitker. "We are already seeing laws popping up in various states to help close the gender equity gap."

Since its inception in 2014, the conference has attracted students, faculty and staff from colleges and universities from around the state who want to improve the campus climate for the LGBT+ community.

"Our goal is to get all the schools together and share tips and tricks to make their campuses more welcoming places," said William Langston, a professor of psychology and faculty adviser to MTSU's student LGBT+ organization Lambda.

Conference registration and check-in will begin at 10 a.m. Thursday, April 7, in the Tennessee Room of the James Union Building. To register online, go to http://tinyurl.com/j8wm96d.

All conference events except the awards dinner are free and open to the public. For more information or for conference highlights, go to http://tinyurl.com/zw776bs