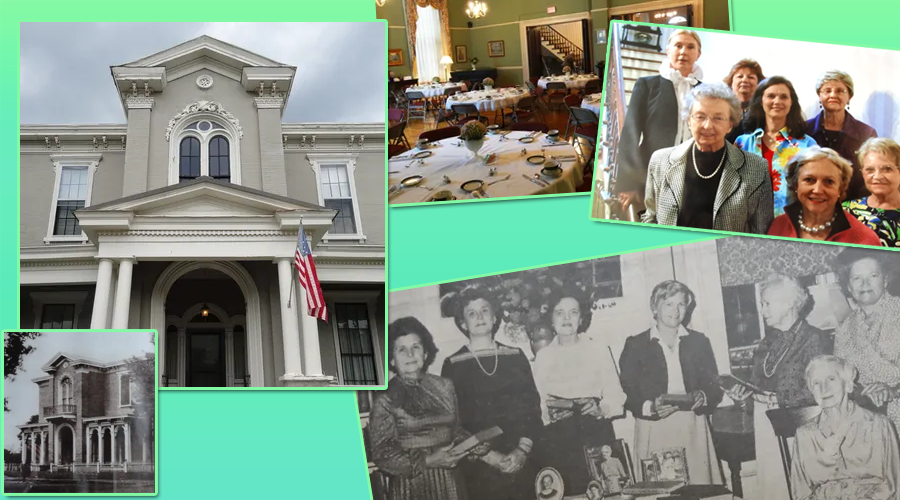 The Women's Club of Murfreesboro is on the brink of their 104th Anniversary. History tells us the non-profit organization first opened on July 22nd in 1916.

The Women's Club is heading into their third year of a preservation campaign to repair and preserve their historic clubhouse at 221 East College Street in downtown Murfreesboro. The building is located next to First Presbyterian Church.

A "Legacy Gathering" will take place on July 25, 2020 to celebrate their 104th anniversary, which will also be a preservation effort to raise money for the local club. The event will be at the Tasty Table. For information, visit "WomansClubMurfreesboro.org" or call 615-893-5822.

About the Historic Home / Clubhouse: This pre-Civil War house is an example of Italianate architecture that was popular from 1840-1885. One of the few remaining houses in the downtown area built in this romantic Renaissance style, it was later modified with a wraparound porch and entrance.

The house is listed on the National Register of Historic Places in the North Maney Avenue Historic Overlay District, and recognized by the Association for the Preservation of Tennessee Antiquities.