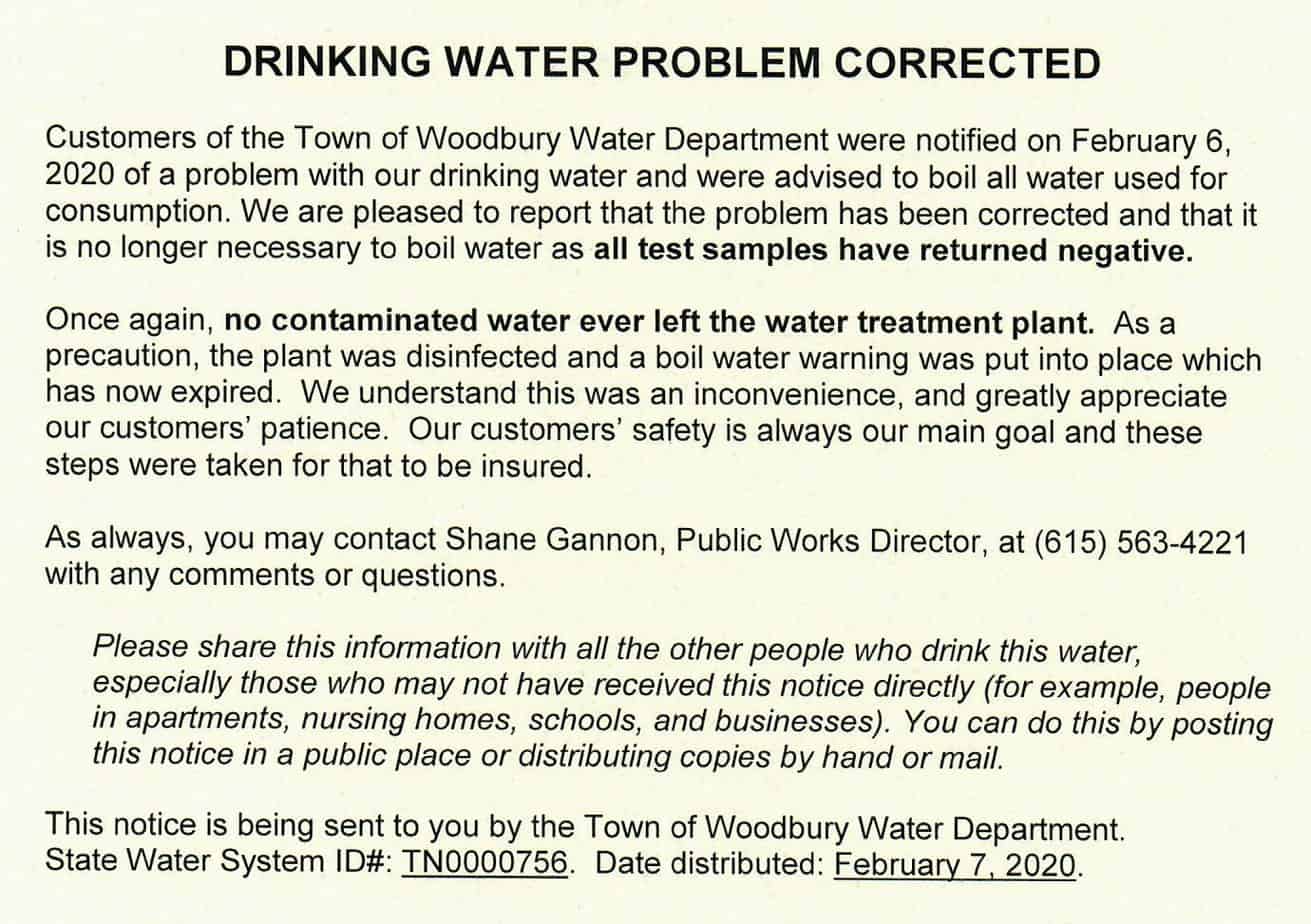 A notice for residents in Woodbury telling them to boil their water before drinking it has been lifted. Evidently, there was a fear that the water was somehow contaminated at the water plant.

As a precaution, the plant was disinfected and the boil warning was placed into action. However, the water is now deemed as being safe. Shane Gannon, Public Works Director says there is no longer a need to boil water.