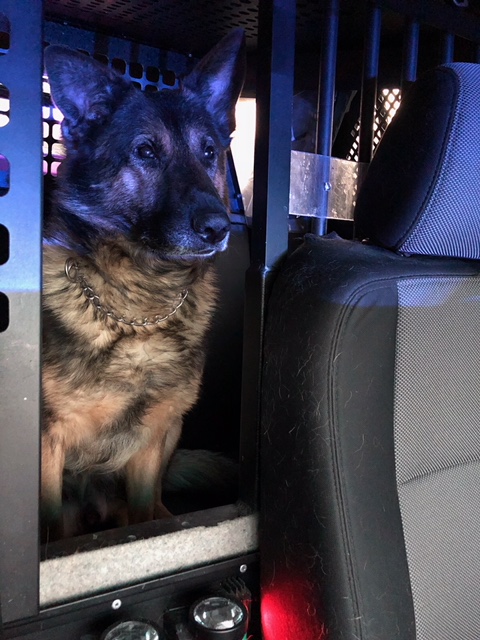 "During the traffic stop, Deputy Gregory used his K-9 partner, Balu, to scan the outside of the semi-truck," Holton said. "With the help of Balu, who will be officially retired Friday, Deputy Gregory and Sgt. Lee Young located a hidden compartment, which contained 14 kilos of suspected cocaine. The suspected cocaine has a street value of over $1 million."

The cocaine was concealed in a compartment on the flat-bed trailer.

Driver Ruben Alejandro Peters, 22, of Canada was charged with felony manufacture/sale/delivery of a controlled substance. His bond was set a $50,000. A hearing is set March 21 in General Sessions Court.

Peters was traveling with a 16-year-old girl from Mexico, who was released to the custody of the Department of Children's Services.

Narcotics Lt. Jason Mathis said the relationship of Peters and the girl is being investigated.