$10,000 in cash stolen out of parked car in Murfreesboro 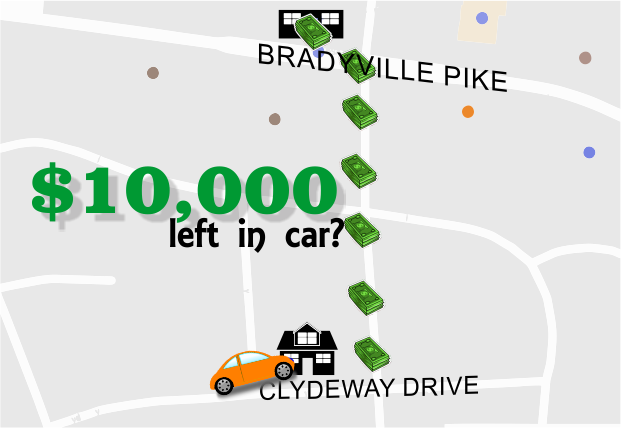 $10,000 in cash was stolen in Murfreesboro. Apparently, the money was in a car parked on Clyde way Drive.

According to the victim, the money was in a SunTrust Bank money bag that was located in a black purse that was left unattended in the car. Unknown persons pried open the rear window of the Nissan pickup truck to gain access into the cab. Once inside, the culprit or culprits grabbed the purse and fled the scene.

Several minutes after the theft was reported, authorities found the victims black wallet and purse contents nearby. However, the $10,000 in cash was nowhere to be found. Evidently, a checkbook is also missing.

A Police K9 was brought in and led officers from the site of the break-in to the front door of a small convenient store at 1629 Bradyville Pike. Detectives were notified and an investigation is underway.