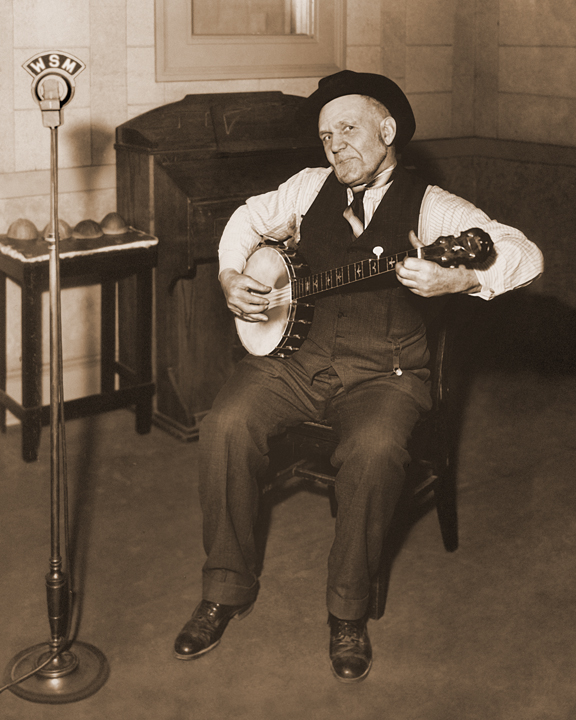 Grab your banjos and shine your dancin' shoes-- the 40th Annual Uncle Dave Macon Days old-time music and dance festival is set to kick off July 7th and 8th, in Cannonsburgh Village located in historic Murfreesboro, Tennessee. With a 1.2 million dollar local impact, the festival held in the heart of Tennessee is considered one of America's premier summer festivals. The family-oriented event annually gathers more than 25,000 people to Murfreesboro for a hearty helping of fun, southern style. Slated as one of the most dynamic music festivals in the Southeast, Uncle Dave Macon Days has been honored with numerous awards--one of the Top 20 Events in the Southeast for July by the Atlanta-based Southeast Tourism Society. Uncle Dave Macon Days was also designated as one of the best festivals in Middle Tennessee by the Tennessee Magazine.

Uncle Dave Macon Days is a musical festival which honors traditional American music and the career of the first superstar of the Grand Ole Opry and Country Music Hall of Famer, Uncle Dave Macon. The event began as a one-day pickin' banjo contest, the brainchild of Murfreesboro businessman, Jesse Messick, who wanted to have an event to attract business into the downtown area. For 40 years, this down-home, shade-tree pickin' festival has evolved into the National Championships for Old-time Banjo and Old-Time Clogging and Buckdancing as designated by the US Congress in 1986.

At Cannonsburgh on Friday, July 7th, Uncle Dave Macon Days Music and Arts Festival officially begins and continues through Saturday evening, July 8th with the best in entertainment and National Competitions in Old Time Banjo and Dance. Throughout the festival's national competitions are the best in old-time music and dance with participants here locally, across the nation, and worldwide.

The festival also honors individuals who have had a life-time career perpetuating and promoting traditional "roots" music with the presentation of the Uncle Dave Macon Days Heritage and Trail Blazer Awards. In addition, these awards are given to true innovators, honoring old and new artists in bluegrass and old-time. Past award winners have been such notables like Bill Monroe, Roy Acuff, Marty Stuart, Grandpa and Romana Jones, Mike Seeger, Bashful Brother Oswald, Earl Scruggs, Rhonda Vincent, Ricky and Sharon Skaggs, Dailey and Vincent, the Tennessee Mafia Jug Band, Ralph Stanley, and The SteelDrivers.

New this year is the "Concert after Dark". On Friday evening July 7th after the competition, the festival will feature 2017 Trail Blazers Billy and Patsy Henson and The Grascals. The concert will continue with the Hog Slop String Band and the 2006 Uncle Dave Macon Heritage Award winner, Rhonda Vincent.

For 2017 after the contests on the Dixie Dew Drop stage will feature the addition of the Dew Drop Jamboree with a mix of classic old-time country music.

Continuing to be a favorite is one of Tennessee's authentic the Motorless Parade, complete with buggies and wagons which makes its way down historic Main Street to Cannonsburgh at 10 am, on Saturday morning, July 8th. Other family-oriented events taking place throughout the festival include: activities for children, mouth-watering local concessions, a juried arts and crafts show in Matilda Macon's Artisan Village, Dave Macon's Marketplace, and a historic photo exhibit.

The celebration takes place in Cannonsburgh, a genuine pioneer village. Cannonsburgh Village is located at 312 South Front Street in Murfreesboro, Tennessee. Murfreesboro is 30 minutes southeast of Nashville on Interstate 24. The village is home to more than 20 restored log structures and will feature living history demonstrations during the weekend. Visit a working blacksmith or join in with some old-fashioned singing on the cabin porches or on the grounds.Ya'll come!

FOR MORE INFORMATION GO TO: