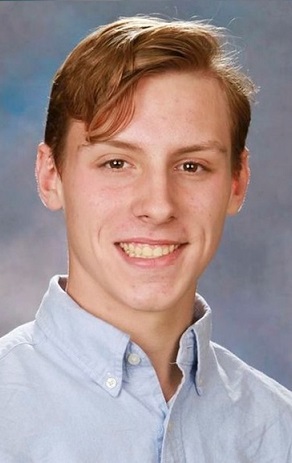 Age progression photograph of Devin Bond created by The Center for Missing and Exploited Children.

(MURFREESBORO) It's been over 2-years since 16-year old Devin Bond packed pillows under his sheet to make it appear as if he was in bed. Then he reportedly stuffed several pants into a bag, put on a heavy coat and vanished into a chilly March 31, 2017 morning.

When the story broke a little over two-years ago, officials indicated that the missing 6-foot, 160-pound teen with brownish-blond hair, had broken-up with his girlfriend the day before.

A motorist told deputies that they saw a teen matching Devin's description, walking along a rural road early that morning. Officials even got a ping on his cell phone, and confirmed he was in that area. But by 5:00 o'clock that morning, there were no more cell phone pings.

Information just released from Missing and Exploited Children shows that cash rewards of $8,000 are now offered for a tip that leads to Devin's safe return. That's where the wording on the reward poster gets interesting, it states that even Devin Bond is eligible for the $8,000--all he has to do is report to the nearest police station and show that he is safe.

Detective Will Pinson with the Rutherford County Sheriffs Office is still actively investigating Devin's disappearance. Anyone who has information on his location or any other information is asked to call Detective Pinson at 615-904-3056.