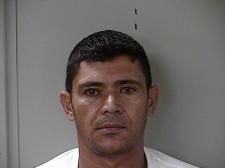 One count of "Rape of a Child" is the charge that Jose Trinidad Bueso will face in Circuit Court later this month in Murfreesboro. He will be in court this Monday (11/7/16) for "Discussion."

Reports from the Circuit Court indicate that the man will also face a charge for attempted sexual battery by an authority figure.

Bueso is currently being held behind bars at the Rutherford County Adult Detention Center. Further details about the case have not been released at this point.