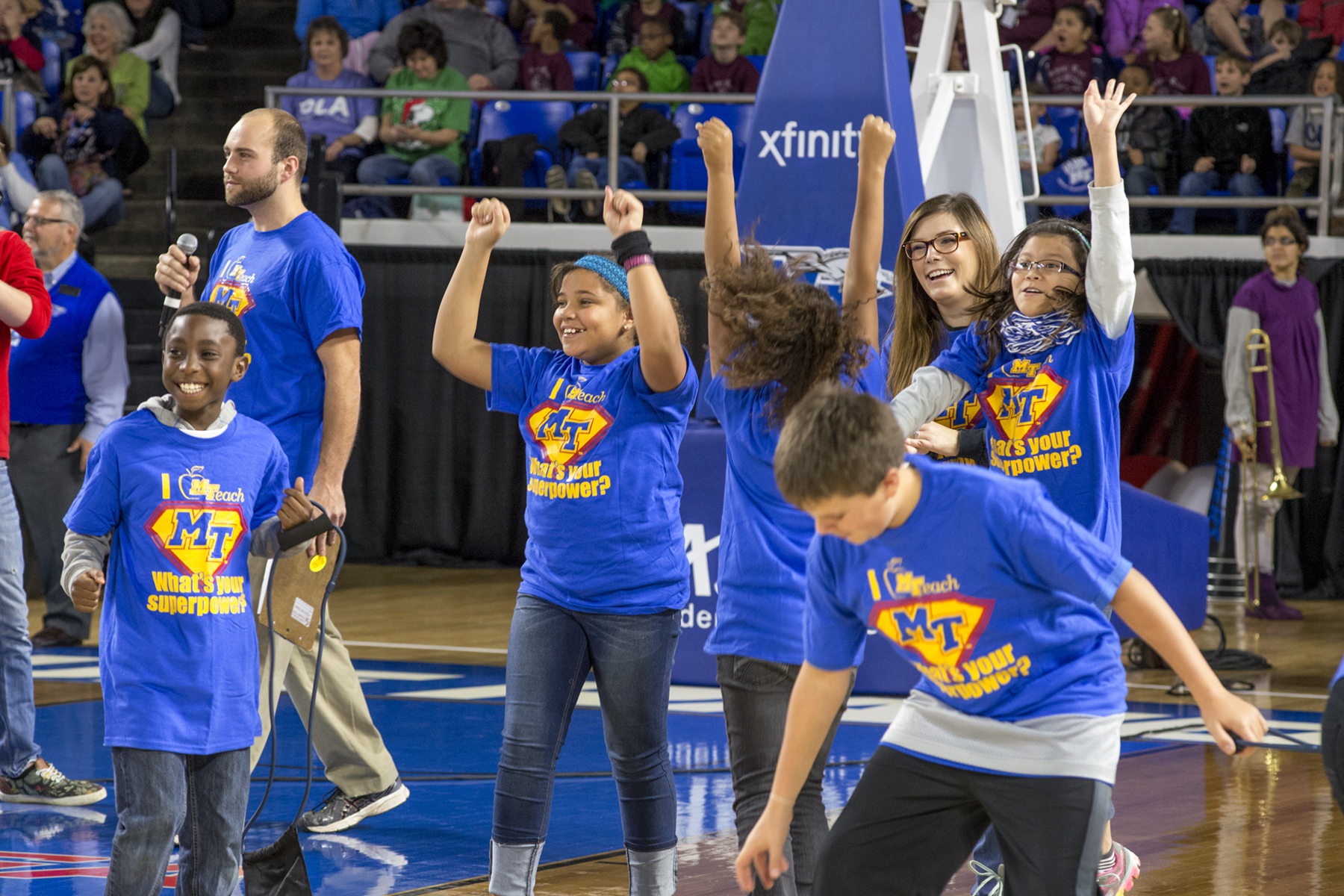 This marks the fourth year of the MTSU partnership with the City Schools system, which is led by Director Linda Gilbert, who has earned three MTSU degrees.

"It'll be a lot of fun and a great day," said Trail, adding that a number of activities will include mascot basketball, musical chairs, trivia questions, "True Blue Puzzle" and more.

All 13 schools will participate in the "Aviation Challenge" led by the MTSU MTeach math and science education staff including Leigh McNeil, Sally Millsap and Robin Bollman.

The schools have been using an engineering design lesson to build paper airplanes that will be in competition. One boy and girl from each school will fly the planes.

Trail praised the efforts by all involved to make it a safe experience for the students. Dozens of city and county schools' buses will transport the youngsters to and from school.

The 2014 Education Day game, which drew a crowd of 11,307 fans (second-largest crowd in MTSU women's basketball history), included a math-science project that featured a hula-hoop game. The Lady Raiders are 3-0 in previous Education Day games.