8 Arrested in connection with credit card scams in Rutherford County 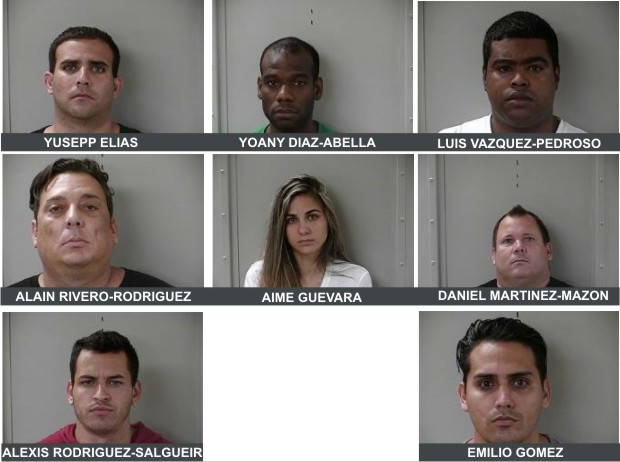 When La Vergne Detectives responded to Quality Inn they conducted 3 search warrants on 3 hotel rooms. During the operation it was determined that the 8 suspects were involved in a large scale scheme to steal victims credit card numbers and re-encode those numbers onto other debit/credit cards or gift cards to purchase expensive items to fund their criminal operation.

8 suspects were arrested and charged with Criminal Simulation and Identity Theft. The Investigation is ongoing and more charges may follow.

Murfreesboro Police Officers and Detectives and the La Vergne Police Department worked in unison to stop this group from continuing to steal from others in the Middle TN area.

Names of those arrested: